The 19-year-old was caught with the Webley Mark VI gun loaded with a .44 Smith and Wesson cartridge in Birmingham. 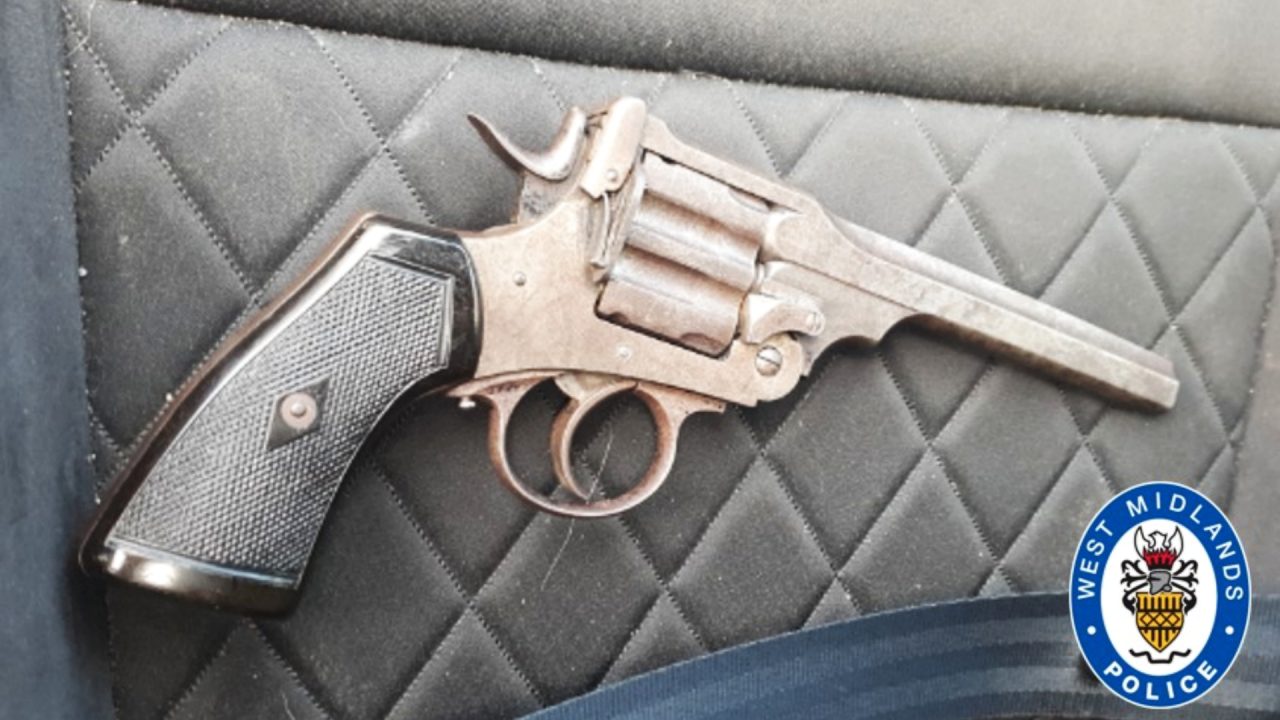 Police have released footage of the moment two unarmed officers chased a Birmingham man carrying a loaded revolver, who has since been jailed.

The West Midlands Police officers, who were equipped with tasers, had been patrolling the streets near City Hospital in an unmarked car on February 1 last year when a black Volkswagen Polo pulled across their path.

A video released by the force shows how the officers activated their blue lights and followed the car through central Birmingham before Johniel Barrett, who was then 19, bolted from the passenger seat.

Footage from the officers’ body-worn cameras shows their pursuit of Barrett on foot, until he stopped outside a school on James Turner Street as one officer aimed a taser at him, but did not deploy it.

The officers spotted the handle of an antique revolver poking from his waistband, and when asked whether it is loaded, Barrett replied: “Yes.”

The weapon was later confirmed as a Webley Mark VI revolver loaded with a .44 Smith and Wesson cartridge.

Barrett, now 20, from Kilby Avenue in Ladywood, Birmingham, admitted possessing a firearm and ammunition and was jailed for five years at Birmingham Crown Court on December 19.

Investigating officer Detective Constable Steve Harris praised the officers who arrested him for their bravery.

“They saw Barrett holding something near his waistband which they suspected was a firearm but gave chase nonetheless in order to protect the public.

“Barrett was running towards a school and the officers were determined to get to him before he posed a risk to anyone else.

“They were equipped with tasers and challenged Barrett, ordering him to the floor, when they found their suspicions were accurate about the gun.

“It’s another lethal weapon off the streets and a young man now paying a high price for his involvement with illegal firearms.”