The Ukrainian leader called for greater sanctions to be brought and for Russia to be recognised as a 'terrorist country'. 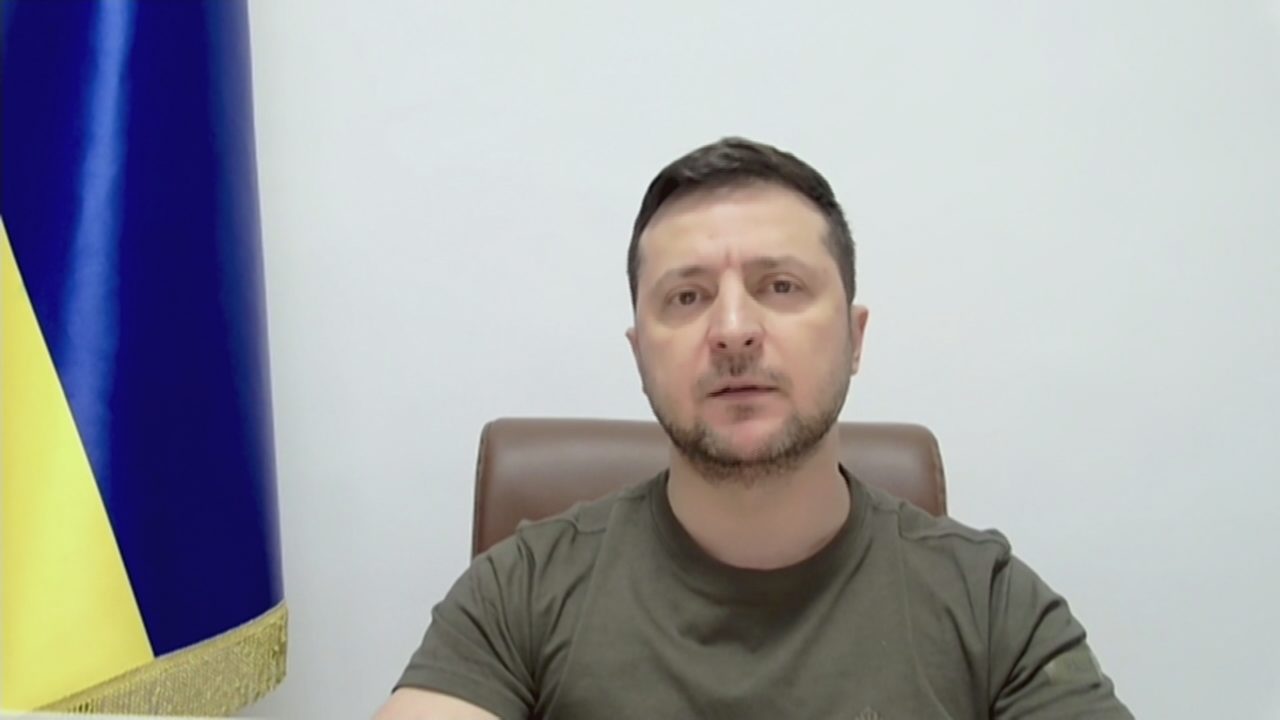 Ukrainian President Volodymyr Zelensky was given a standing ovation by MPs as he made a historic address to the House of Commons.

Speaking through a video link from Ukraine, Zelensky told MPs that he was addressing them as a citizen and president of a big country “with a dream and big effort”.

In his speech, he underlined his country’s position as a nation in a war that “we didn’t start and we didn’t want”.

But, he insisted that the nation’s people do not want to lose “what we have, what is ours, our country Ukraine”.

Zelensky called for greater sanctions and for the UK to recognise Russia as a “terrorist country”.

And the Ukrainian leader also issued his thanks to Prime Minister Boris Johnson, who earlier announced that the UK will move away from dependence on Russian oil throughout this year.

“We are looking for your help, for the help of Western counties,” said Zelensky via a translator provided by the UK Parliament’s TV service.

“We are thankful for this help and I am grateful to you Boris.

“Please increase the pressure of sanctions against this country (Russia) and please recognise this country as a terrorist country.

“Please make sure sure that our Ukrainian skies are safe.

“Please make sure that you do what needs to be done and what is stipulated by the greatness of your country.

“Glory to Ukraine and glory to the United Kingdom.”

According to the English language translation on Parliament TV, Zelensky added: “These are the children that could have lived but these people have taken them away from us.

“We are the country that are saving people despite having to fight one of the biggest armies in the world. We have to fight the helicopters, rockets.”

Johnson, responding to the speech, told the Commons: “Never before in all our centuries of our parliamentary democracy has the House listened to such an address.

“In a great European capital now within range of Russian guns President Volodymyr Zelensky is standing firm for democracy and for freedom.”

Praising Zelensky, the Prime Minister said: “In his righteous defence I believe he has moved the hearts of everybody in this House.

“At this moment ordinary Ukrainians are defending their homes and their families against a brutal assault and they are, by their actions, inspiring millions by their courage and their devotion.”

He added: “This is a moment to put our political differences aside.

“And I know I speak for the whole House when I say that Britain and our allies are determined to press on with supplying our Ukrainian friends with the weapons they need to defend their homeland as they deserve, to press on with tightening the economic vice around Vladimir Putin and we will stop importing Russian oil.”

Labour leader Sir Keir Starmer said his party stands with the Ukrainian president, with Ukraine and with democracy.

“Every one of us has been moved by the bravery, the resolve, and the leadership of President Zelensky,” he said.

“Invading troops march through his streets, shells rain down on his people, and assassins seek his life. No-one would have blamed him for fleeing but instead, he has stayed in Kyiv to lead the Ukrainian people and to fight.

“He has reminded us that our freedom and our democracy are invaluable. He has prompted a world into action, where too often we have let Putin have his way. He has inspired the Ukrainian nation to resist and frustrated the Russian war machine.

“He has shown his strength and we must show him, and the Ukrainian people, our commitment and support.

Starmer continued: “Labour stands for the unity at home and abroad that will isolate the Putin regime.