Ukraine: Calls for clarity on whether orphans can come to Scotland

Steven Carr's Dnipro Kids has brought a total of 47 orphans from Ukraine to Poland. 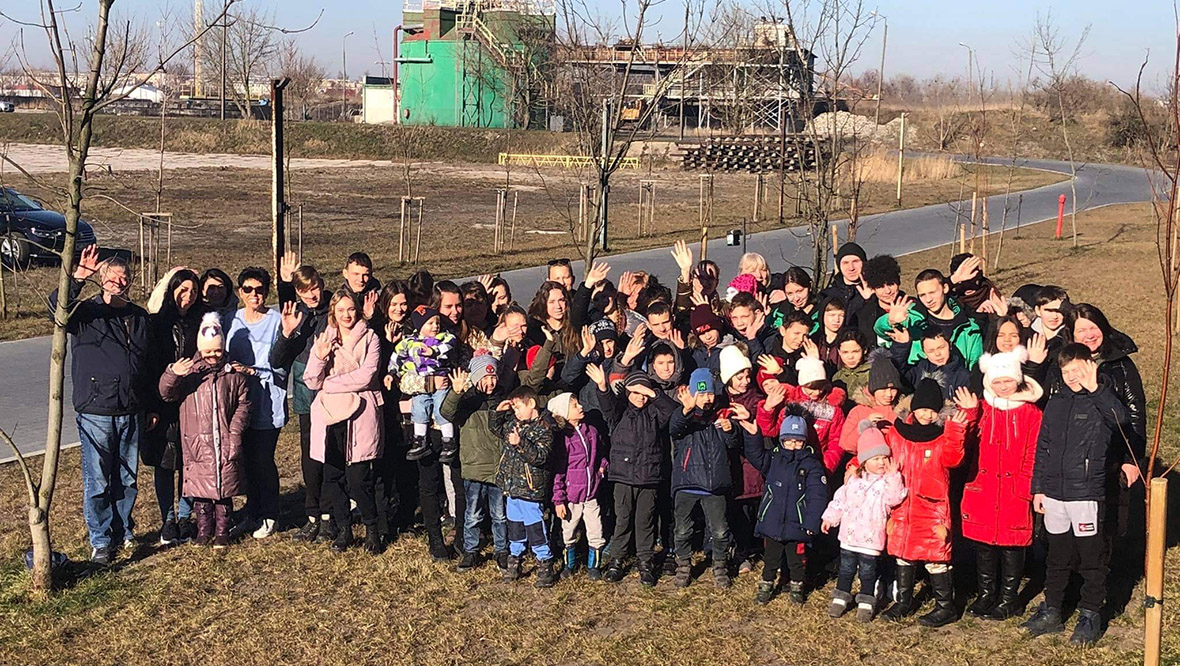 The chairman of a charity that has brought 47 Ukrainian orphans to Poland has called on the UK Government to provide clarity over whether they can enter Scotland.

Steven Carr, who set up Dnipro Kids along with fellow Hibs fans, says he has been inundated with messages from people at home looking for ways to help the orphans.

The charity set up in Medyka on the Poland/Ukraine border following the Russian invasion and Steven spent most of his time arranging transport and accommodation for the orphans, who are aged between six and 17-years-old.

Speaking to STV News from Warsaw ahead of his flight back to Scotland, Steven said: “The message to the UK Government is to get this done quickly and don’t put obstacles in the way for allowing this to happen.

“I arrived in Warsaw yesterday and I came through the train station and the bus station to get to my hotel and they were both full of displaced Ukrainians.

“It’s heartbreaking to see. There are loads of aid organisations there, they’re trying to help, the police were there trying to reassure and organise people, but it’s devastating.

“The quicker that the UK Government can put this scheme in place, the better. Men aren’t allowed to leave Ukraine so it’s women and children that are coming to countries not knowing what they’re going to do, where they’re going to stay.”

The inspiration for Dnipro Kids was a collection for local children before Hibs’ UEFA Cup match against Dnipro in 2005, which snowballed into an official charity.

The city of Dnipro, Ukraine’s fourth-largest, has been hit by intense Russian shelling since the invasion began on February 24.

Steven explained: “The situation is we can’t force them to come out – some of them are more scared of making the journey and what’s at the end of that journey than staying where they are, so that’s the decision, that’s the balance that they’re having to do.

“The ones that we have managed to get out so far, great that we got them out and we know they’re safe. We’ve not had confirmation from the UK about what happens next and I sometimes wonder ‘have I done the right thing’.

“It’s moving so far that it’s difficult to know. I’ve never done this before, I’ve never been in this situation before – how do you know whether you’re doing the right thing or not?

“It’s difficult. My initial thought was just getting them to safety and we’ve done that. And the ones that are still there – and we have told them – if you want to go to safety we’ll do the best that we can to organise that.

“But things are getting worse in Ukraine and windows of opportunity for evacuation are starting to close in some places.

“It was amazing to meet them but just sadness with the situation. I went through all sorts of emotions in that moment, but it was just great to meet up with them and have the opportunity to get them to safety.”

Communities secretary Michael Gove will set out on later on Monday the details of a new programme through which people in the UK can offer to host Ukrainian refugees in their homes.

Families will receive a thank you payment of £350 a month and be expected to commit to a minimum of six months of housing an individual or a group.

But Steven says more clarity is required, with people in Scotland desperate to help the orphans.

“The public have been absolutely superb. One thing you can be guaranteed in situations like this is that the Scottish people are just phenomenal, they really are,” he said.

“I’m constantly getting e-mails, messages – saying ‘I’ve got this type of accommodation, is that any good?’

“Child psychiatrists have been getting in touch with us and saying ‘this will be traumatic, I’m happy to provide my services’, I’m absolutely swamped with messages from people offering help.”