Toddlers stop taking naps 'when their brains are ready, not by age'

Parents have been urged to let their children sleep after a study found naps help young children store memories.

Toddlers drop naps when their brains are ready rather than at a certain age, experts have said, as they urged parents to let their children sleep.

Napping is already known to play a key role in brain development and storing memories, but when and why naps are dropped has been puzzling researchers.

A new study, led by Professor Rebecca Spencer from the University of Massachusetts Amherst in the US, has been trying to find out why some four or five-year-olds still love a daily nap while other three-year-olds have stopped.

In the new paper, published in the Proceedings of the National Academy of Sciences, Prof Spencer and co-author Tracy Riggins, from the University of Maryland, said their findings showed a “relation between nap transitions and underlying memory and brain development”.

Prof Spencer added: “When little kids are napping, they consolidate emotional and declarative memories, so then you ask yourself, when this is such an important time of learning, why would they transition out of napping if napping is helping learning? Why not just keep napping?”

They have been looking at the hippocampus, the part of the brain that has a major role in learning and memory.

Their previous work has shown a difference in the development of the hippocampus for children who nap and those who have stopped.

They say that when young children have an immature hippocampus, it reaches a limit of memories that can be stored without them being forgotten, triggering the need for sleep.

Napping then allows memories to move to the brain’s cortex, freeing space for more information to be stored in the hippocampus.

Prof Spencer said: “When the hippocampus is inefficient, it’s like having a small bucket – your bucket is going to fill up faster and overflow, and some memories will spill out and be forgotten.

“That’s what we think happens with the kids that are still napping. Their hippocampus is less mature, and they need to empty that bucket more frequently.”

When the hippocampus is more developed, children can move away from taking naps because their hippocampus has matured to a point that their “bucket” will not overflow.

The suggestion is that they are able to hold on to memories until the end of the day, when overnight sleep can do its work in moving memories to the brain’s cortex.

Prof Spencer said growing evidence suggests it is important that all young children are given the opportunity to nap.

“Some of them still need it; others may not need it but if they take it, we know that it’s going to benefit their learning, and we know that learning is what underlies early education,” she said.

Extra scientific evidence “would help parents and providers appreciate that nap transitions cannot be determined by age, and the opportunity to nap should be protected for those that need it”, she said.

Forcing children to stop taking naps “could lead to suboptimal learning and memory”, she added. 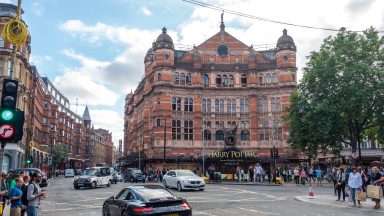