The 77-year-old and a crew could be seen shovelling gravel onto a road riddled with holes. 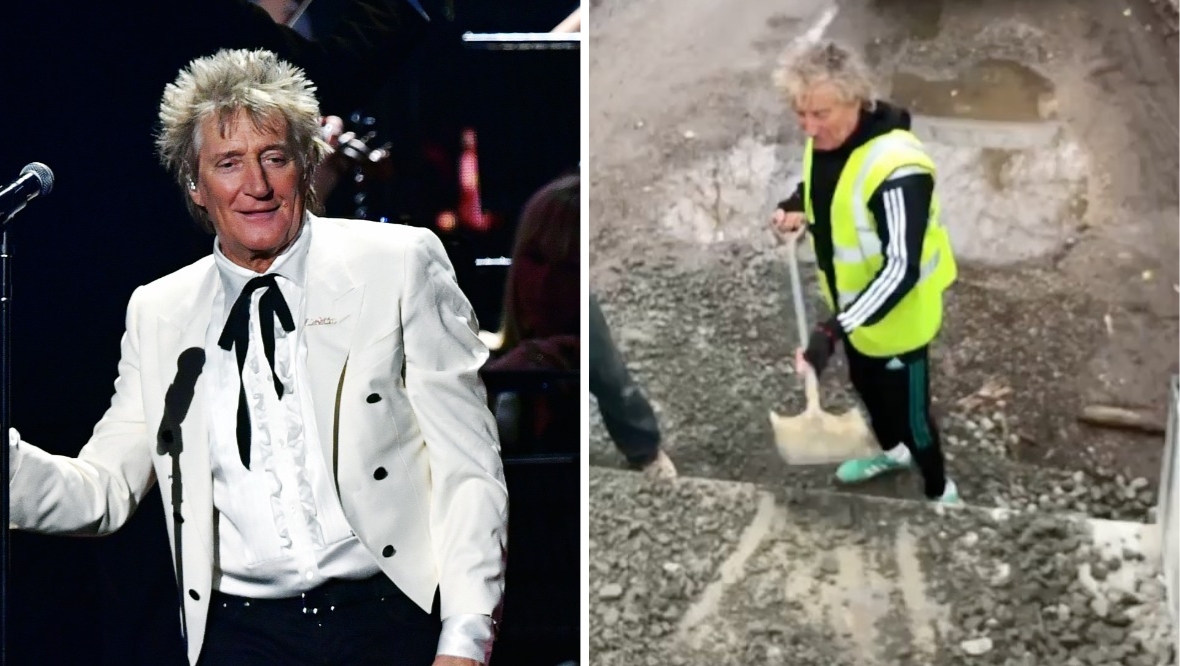 Sir Rod Stewart has taken repairing potholes into his own hands sparking a warning from his council.

The 77-year-old singer shared a video of himself describing the terrible state of a road near his home in Harlow, Essex and fixing it himself.

Sir Rod and a crew could be seen shovelling gravel onto the road riddled with potholes that he said were damaging people’s cars.

He said he was repairing the road because “no one could be bothered to do it”.

Sir Rod said the road, near his home, had been in the state “for ages”.

He was provoked into action after an ambulance burst a tyre and cars were being “bashed up”, he said.

He said his Ferrari wasn’t able to use the route at all.

Responding, his local council urged against the public taking road repairs into their own hands.

Although it commended Sir Rod’s “commitment and community spirit”.

But thousands of people from across the country commented in support of the rocker’s action.

An Essex Highways spokesperson said: “While we would like to prioritise repairs to every road, the scale of our network – over 5000 miles – means this is impossible and we have to focus on repairing defects likely to be most detrimental to the safety of our road users.

“While we appreciate Sir Rod’s commitment and community spirit, we discourage anyone from carrying out work on the roads themselves.

“Without proper traffic management and other specific safety measures, residents are putting themselves and others at risk.”