Scientists at the UK Astronomy Technology Centre in Edinburgh have been part of the mission. 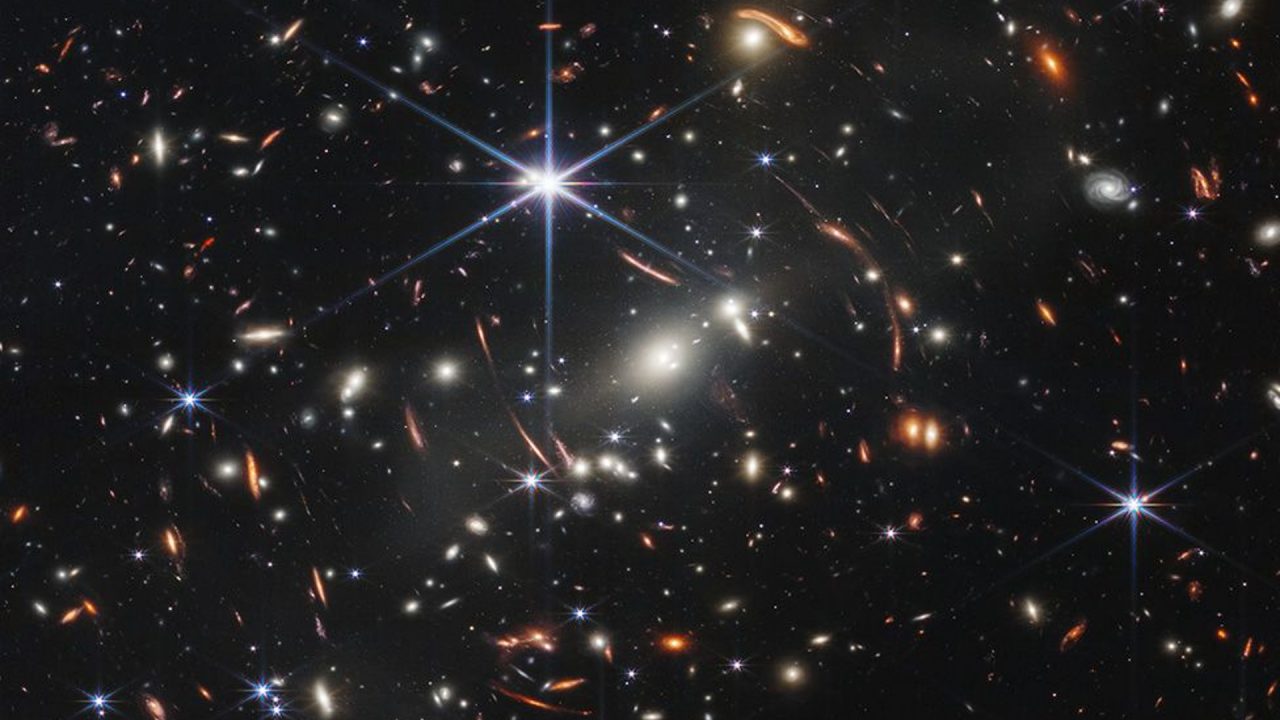 The first images from the most powerful telescope ever launched into space have been unveiled by Nasa.

The spectacular shots from the James Webb space telescope include the deepest and most detailed infrared image of the universe ever captured, showing the light from many twinkling galaxies as they were 13 billion years ago.

One of the goals of the project is to see the first stars and galaxies formed following the big bang, or as one of the scientists on the Webb team put it – to watch “the universe turn the lights on for the first time”.

Dr Olivia Jones is a member of the team of scientists and engineers from the UK Astronomy Technology centre in Edinburgh who have been part of the mission.

“This is truly revolutionary, we’re going to be able to see things we’ve never seen before,” she said. “Looking at the atmospheres of exoplanets, so these are planets surrounding stars in other solar systems or looking at the very first light in the universe, the ‘let there be light moment’ is what this telescope is aiming to do and I can’t wait.

Described as the most powerful telescope ever to be sent into space, the Webb is currently about one million kilometres from Earth. The $10bn instrument is able to observe some of the oldest galaxies in the universe by using a system of lenses, filters and prisms to detect signals in the infrared spectrum, which is invisible to the human eye.

One of the main instruments for the James Webb was developed by the team in Edinburgh. The Mid-Infrared Instrument (MIRI) allows the Webb to see the distant universe in unprecedented detail.

It took an international effort from 14 countries to design, build and test the James Webb on Earth before its launch on Christmas Day.

“I saw the launch and that was really nail biting,” said Dr Steven Beard, an engineer on the project. “Because something you built, your baby, is inside that rocket and there were so many things that could go wrong.

Dr Beard was part of the team who designed an innovative part of MIRI in Edinburgh, a tiny little image slicer unit no larger than a thumbnail.

“One of the things we had to do for MIRI was miniaturise everything,” explains Dr Beard. “For space everything needs to be as light as possible. We designed the slicer unit here, it was precision manufactured by a diamond cutting company and that slicer is designed to take an image of the sky and split it up into lots of slices, rather like a sliced loaf, send each slice to a different place on the spectrograph and then covert all those slices into a spectrum.

“That lets you probe the makeup of anything in the sky in great detail,” adds Dr Beard.

“It’s amazing to think that this tiny piece of Scottish innovation is out there on a spacecraft a million miles away and it’s about to revolutionise astronomy, it’s fantastic.”

Now in orbit, the Webb’s large golden mirrors are gazing outward scanning ancient galaxies.It’s two main goals are to capture images of the very first stars to shine in the Universe more than 13.5 billion years ago and to probe far-off planets to see if they might be habitable.

Its will focus on several main targets for observation, including the Carina nebula, home to enormous stars many of which are several times larger than the sun and WASP-96 b, a giant planet outside our solar system mainly of gas.

It will also observe the southern ring nebula, an expanding cloud of gas surrounding a dying star that’s 2,000 light years from Earth and Stephan’s quintet, a first compact galaxy group discovered in 1877.

“Just the science that we’re going to do!” adds an excited Dr Jones. “There is a large community of Scottish astronomers who have a lot of competitive time awarded to take this very first data, so I think there are very rich pickings for Scottish science and science in general in the next few years and I can’t wait to see what’s going to happen.”

As the team from NASA said at the unveiling of the images: “This is only the beginning.”

The death of a star

These images of the Southern Ring planetary nebula show a dying star cloaked by dust and layers of light.

Clouds on another world

The signature of water on giant gas planet WASP 96-b, which orbits a star 1,150 light-years away.

Peering through the thick dust of Stephan’s Quintet, a galaxy cluster showing huge shockwaves and tidal tails. As NASA writes: “This is a front-row seat to galactic evolution”.

This is the deepest infrared image of the universe ever taken—the first full-colour image from the James Webb Telescope. The image shows the galaxy cluster SMACS 0723 as it appeared 4.6 billion years ago. The Webb has brought distant galaxies here into sharp focus – they have tiny, faint structures that have never been seen before, including star clusters.