One of year's biggest strikes as posties, 999 and BT staff walk out

Members of the CWU are embroiled in long running rows with the companies and have already taken strike action. 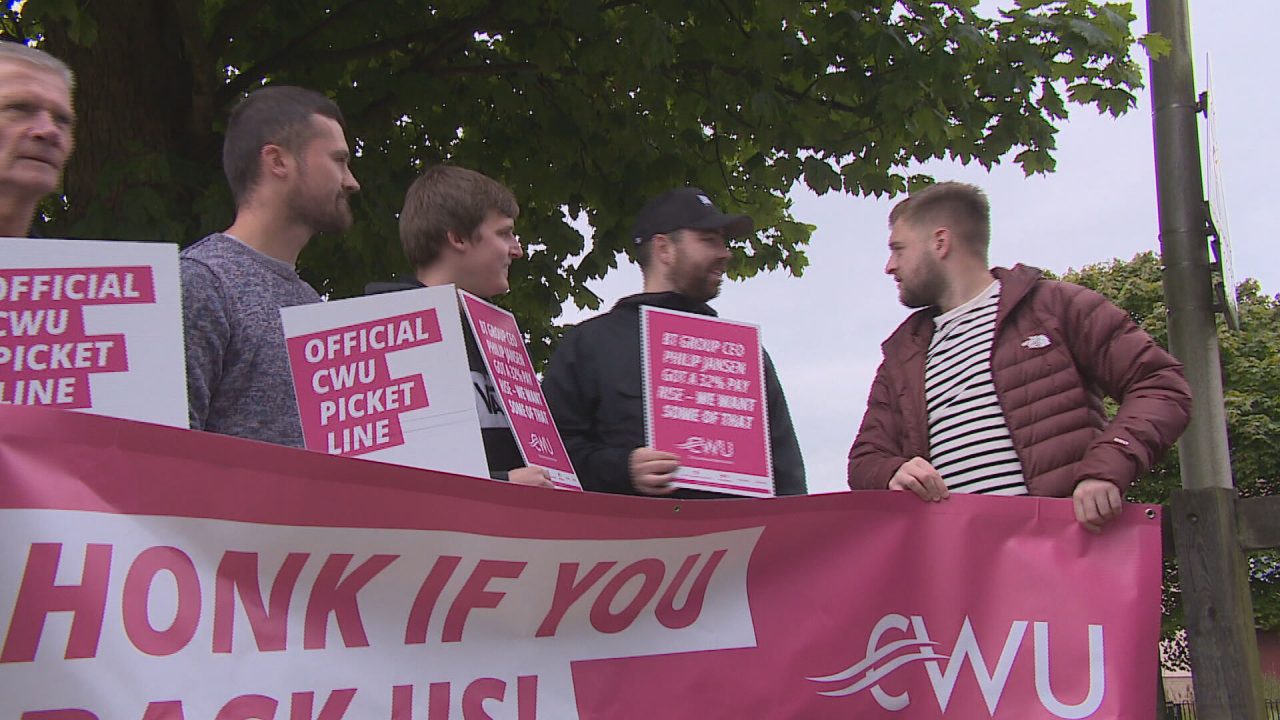 Tens of thousands of Royal Mail workers, BT staff and Openreach engineers are to walk out on Thursday in separate disputes over pay and conditions in one of the biggest strikes of the year.

Members of the Communication Workers Union (CWU) are embroiled in long running rows with the companies and have already taken strike action in recent weeks.

It added that in recent weeks, relations between worker and employer have deteriorated, with Royal Mail serving legal notice that it was withdrawing from existing agreements with the CWU, as well as threatening to cut 10,000 jobs following strike action last week.

CWU general secretary Dave Ward said: “Instead of sitting down and sorting out his problems like an adult, Simon Thompson chose to be a vanishing act instead.

“When someone like him earns £62,750 a month and can give himself six-figure bonuses, it is a disgrace that he sees it fit to disrespect our members in such a way.

“Simon can’t dodge the reality that a mood of rebellion is sweeping postal workers who won’t accept Thompson’s hostile and bizarre behaviour.

“Postal workers go above and beyond every day and they deserve to be treated with dignity and respect. We won’t be backing down until we get just that.”

A Royal Mail spokesperson said: “On Friday, October 14, we announced losses of £219m in the first half of the year.

“This once again demonstrates the urgent need for Royal Mail to change.

“Further strike action would materially increase our losses for the full year and may necessitate further operational restructuring and job losses.

“Four weeks have passed since we invited the CWU to enter talks with Acas to resolve the change and pay dispute.

“We once again urge the CWU to join us in Acas talks.

“This is the only way to reach a resolution and secure Royal Mail’s future and jobs for our people.

“We apologise to our customers for the inconvenience the CWU’s continued strike action will cause. We are doing all we can to minimise delays and keep people, businesses and the country connected.”

CWS accused BT CEO Philip Jansen of “running from his responsibilities” as thousands of workers strike in opposition to company management’s imposition of an “incredibly low” flat-rate pay rise of £1,500.

CWU deputy general secretary Andy Kerr said: “When the 999 callers are out on strike, you know something is going very wrong in this country.

“Time and time again, we have asked for negotiations to resolve what is a dangerous dispute – only to be ignored.

“But BT Group workers are sick of this corporate arrogance, and they are determined and united.

“They will fight hard to get the proper pay rise and the dignity that they deserve.”

A BT Group spokesperson said: “We know that our colleagues are dealing with the impacts of high inflation and, whilst we respect the right of colleagues to take industrial action, we are profoundly disappointed that the CWU is prepared to take this reckless course of action by including 999 services in strikes.

“We will do whatever it takes to protect 999 services – redeploying our people to the most important priority is a normal part of BT Group operations.

“We made the best pay award we could in April and we have held discussions with the CWU to find a way forward from here. In the meantime, we will continue to work to minimise any disruption and keep our customers and the country connected.”