The incident occurred at a concert by Nigerian artist Asake at the O2 Academy Brixton on Thursday night. 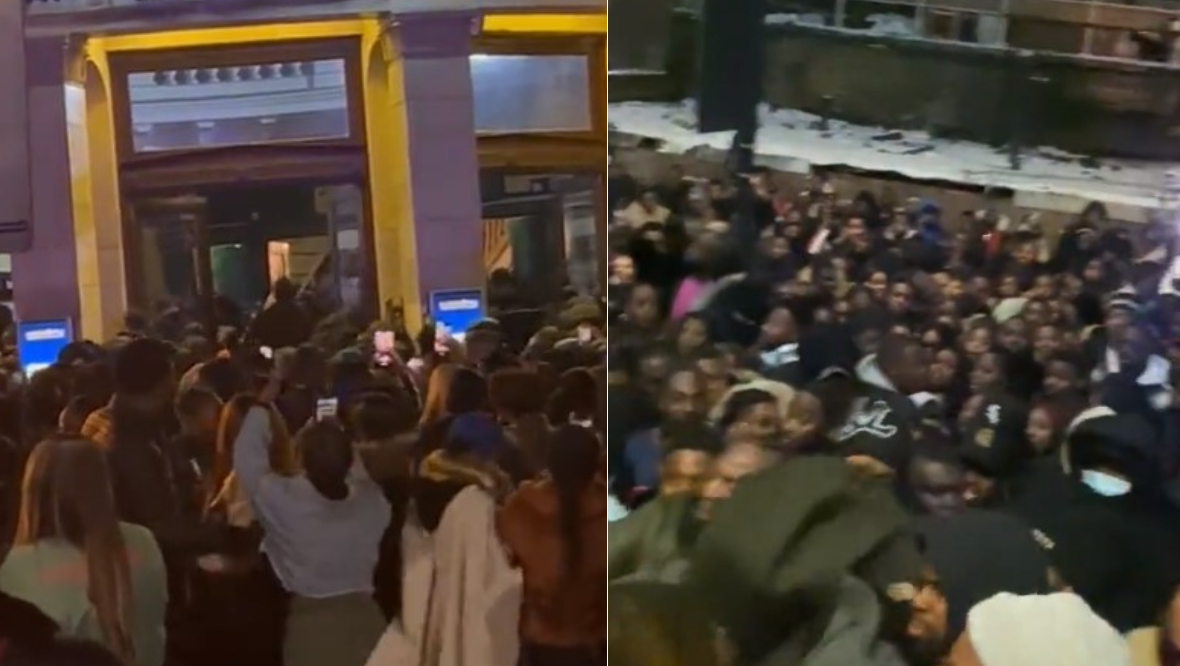 Three people are in a critical condition and one person has been arrested after a suspected crowd crush at a concert in south London.

The incident occurred at a concert by Nigerian artist Asake at the O2 Academy Brixton on Thursday night.

In a statement outside Brixton police station on Friday afternoon, chief superintendent Colin Wingrove said an “urgent investigation” was under way.

He said one person had been arrested on suspicion of assaulting a police officer, and three people were in critical condition in hospital following the incident.

Ch Supt Wingrove added that an incident in which a member of public appeared to have been “pushed” by a police officer was under review by the force’s director of professional standards.

A total of eight people were taken to hospital after a crowd attempted to gain entry without tickets, the Metropolitan Police previously confirmed.

Two who were less seriously injured were treated at the scene.

Asake, whose real name is Ahmed Ololade, said in a statement on Instagram: “My heart is with those who were injured last night and caused any form of discomfort. I pray you get well soonest.

“I am also in the process of reaching out to individuals.

“I still do not have the full brief from the venue management themselves as to what led to the disruption at the entrance of the Brixton Academy, but we are thankful that all was peaceful at the end.

“For my people who enjoyed the beginning of my performance, I am sorry that it was cut short.

“Thank you for your unbelievable love, London. I love you too much! I’m looking forward to seeing you again in a bit!”

Ahead of the gig, he had posted on Twitter asking fans not to come to the venue unless they had a valid ticket.

The concert was the third of three sold-out dates at the 4,921-standing capacity venue and concluded a run of UK dates.

Footage posted online showed large crowds outside the building on Thursday night, with many holding up mobile phones and filming the scene.

A woman involved in the incident, who spoke to the BBC after being admitted to hospital said: “I couldn’t breathe and I completely passed out. I thought I was dead.

“I took my last breath and I could not get any more oxygen. I was so scared.

“I was just queuing up to give them my ticket and then the crowd out here was insane, they just came and pushed and I just fell down.”

John, 32, who lives next to the O2 and declined to give his surname, said police arrived after the gig was cancelled.

“I saw everyone at the front door of Brixton Academy, (then) everything just stopped,” he told the PA news agency.

“It looked like the gig had been cancelled, and then some commotion, some pushing and shoving, and the police came shortly after. That’s when it kicked off and became aggressive.”

He added: “You could tell there was tension.”

He said people trying to get into the O2 had broken the glass of the front doors.

“People at the front of the Brixton Academy were really pushing and shoving and trying to break through the door and force their way in,” he said.

“The glass of the doors was broken.”

Scotland Yard said police officers, London Ambulance Service and London Fire Brigade attended the scene and found “a number of people with injuries believed to have been caused by crushing”.

Mayor of London Sadiq Khan tweeted that his “thoughts are with all those affected by the awful incident at Brixton Academy”.

Warning after e-bike bursts into flames at block of flats