Police declared a 'major incident' after the collision on the A39 in Somerset on Tuesday morning. 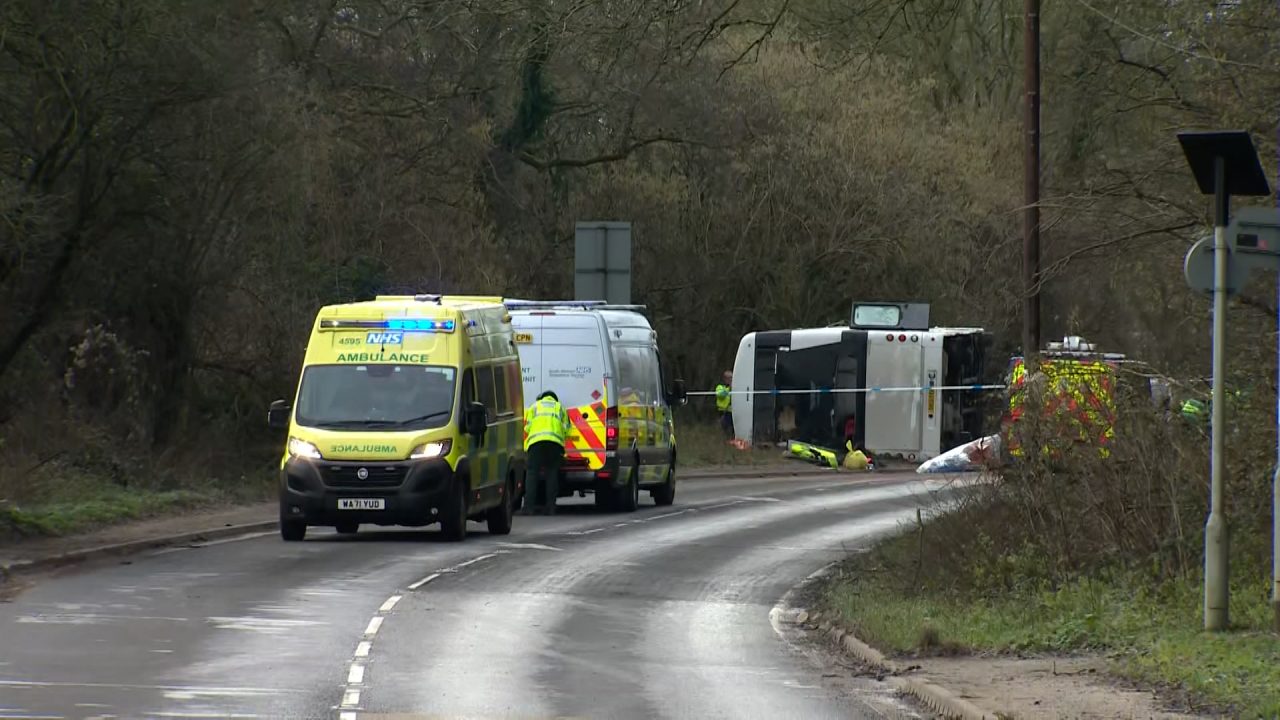 Police have revealed there have been no fatalities after a double-decker bus carrying 70 passengers collided with a motorcyclist on the A39 in Somerset.

Avon and Somerset Police, fire and ambulance units, were called to the A39, Quantock Road, at around 6am on Tuesday after a major incident was declared.

The bus, which had been carrying 70 Hinkley Point C workers, overturned on the road.

Inspector Rebecca Wells-Cole confirmed in a statement that there had been no fatalities.

However, 54 passengers were treated at the scene, with 26 taken to hospital as “walking wounded”.

She said: “This morning at 6am, Tuesday, January 17, we were called to the A39 Quantock Road in Bridgewater following a report of a road-related incident involving a double-decker bus and a motorcyclist.

“We can now confirm the double-decker bus was carrying 70 Hinkley Point C workers and the bus driver when it overturned.

“The incident was initially declared as a major incident due to the number of people involved and the resources required.

“This has since been stood down.

“Emergency services have been on the scene since receiving the first 999 call and we can confirm that have been no fatalities at this time.

“Fifty-four patients were triaged at the scene and it’s too soon to confirm if any of these patients have life-threatening injuries.

“However, 26 patients are being treated as walking wounded.

“A number of those treated at the scene had been taken to Musgrove Park Hospital, Bridgewater Minor Injury Unit and Southmead Hospital.

“It may take us some time to recover the bus and to clear the debris from the road.

“I would like to take this opportunity to advise the local residents to only travel where absolutely essential due to the icy road conditions caused by the cold temperatures overnight and the excess water on the road.”

A spokesman for Hinkley Point C nuclear power station said: “A bus carrying members of the Hinkley Point C workforce has been involved in a traffic incident on the A39 in Bridgwater.

“Emergency services are on the scene and travel to and from the site has been suspended.”