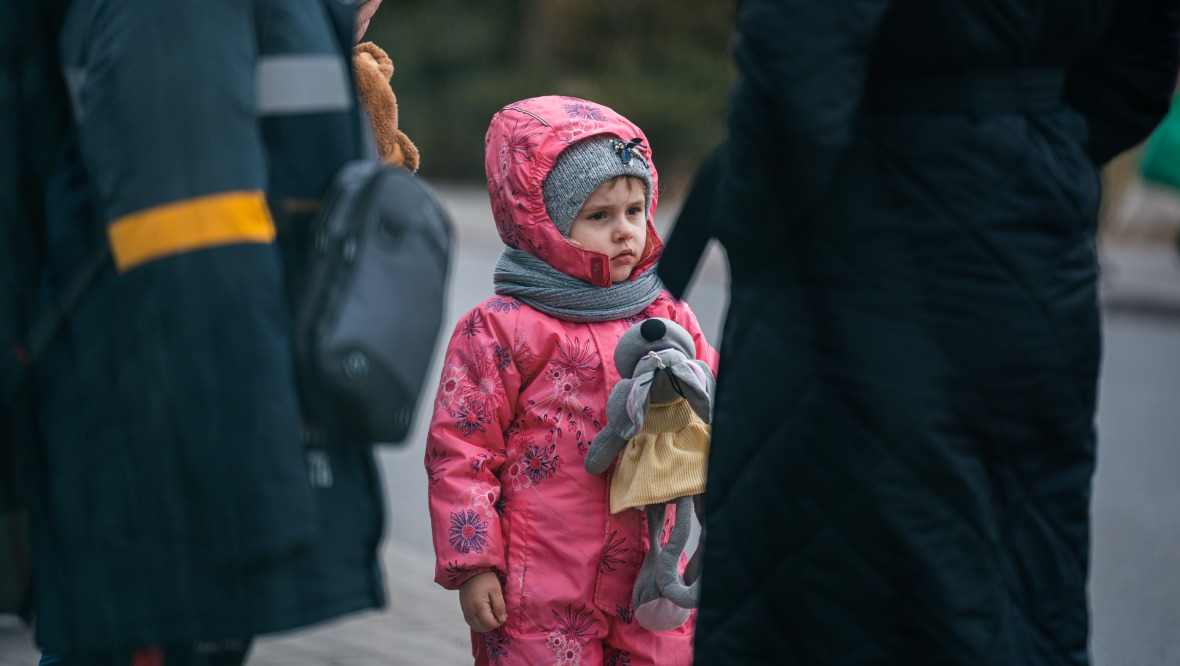 Nicola Sturgeon says she is “frustrated” at the lack of formal agreement between the UK and Scottish Governments over a scheme to sponsor Ukrainian refugees.

The First Minister said on Monday the Scottish Government is offering to welcome 3000 refugees, effective immediately, just as communities secretary Michael Gove was laying out the UK Government’s plans in the House of Commons.

Gove said there will be no limit to the number of Ukrainians who can benefit from the Homes for Ukraine scheme.

Sponsors will have to provide accommodation for a minimum of six months and the UK Government will provide a monthly payment of £350 to sponsors for each family they look after.

The payments will be tax-free and will not affect benefit entitlement or council tax status.

But the Scottish Government wants to “maximise its contribution” to the scheme and is seeking more clarity on how it will work.

Sturgeon and Welsh First Minister Mark Drakeford have written a joint letter to Gove and proposed that the Scottish and Welsh Governments act as “super sponsors”.

Gove said “we are doing everything we can” to facilitate the request.

Sturgeon said: “On @michaelgove statement: so far the UK gov has not rejected @scotgov ‘super-sponsor’ proposal – but, frustratingly, it has not yet confirmed formal agreement either, so we are not yet able to finalise timescale/detail.

“I hope to speak to him later to push this forward.

“To recap: @scotgov is offering to welcome 3000 refugees, effectively immediately, and to assume full responsibility for safeguarding, housing and support.

“We’ve also set out how this can work within UK scheme. All we need now is UKG (UK Government) to agree. Let’s hope that happens quickly.”

The Homes for Ukraine programme will allow individuals, charities, community groups and businesses to bring people escaping the war to safety – even if they have no ties to the UK.

Anyone with a room or home available can offer it to a Ukrainian individual or a family, though those offering will be vetted and Ukrainian applicants will undergo security checks.

The UK Government says members of the public will be able to nominate a Ukrainian family to stay with them for at least six months.

Sponsored Ukrainians will be granted three years’ leave to remain in the UK, with entitlement to work and access public services.

Gove also said local authority areas will be entitled to more than £10,000 per Ukrainian refugee using the fresh route to the UK.

“Additional payments” will be available to support school-age children who need to be accommodated within the education system, he said.

But there has been criticism of the scheme, with the Refugee Council noting that EU countries have waived visa requirements for Ukrainians in the short-term.

Neil Gray, the Scottish Government’s minister for refugees from Ukraine, said: “The UK Government should waive all visa requirements for Ukrainian nationals and put people, not processes, first.

“Working with local government, third sector and communities, we are confident we can deliver a comprehensive offer for Ukrainian refugees, which is why we have offered to act as ‘super sponsor’ as part of the UK Government’s sponsorship scheme.

“The Scottish Government is deeply concerned that the sponsorship scheme will be slow and cumbersome and lack proper support and safeguarding.

“By acting as ‘super sponsor’ rather than waiting for the UK Government’s matching process, we can provide safety and sanctuary to people immediately and welcome significant numbers of refugees from Ukraine to Scotland.

“This would include providing temporary accommodation and wrap-around support while longer-term arrangements are put in place.”