'I forgive you': Brother of murdered Scot welcomes IS killer's sentence

Alexanda Kotey was responsible for the brutal killings of a number of Western captives. 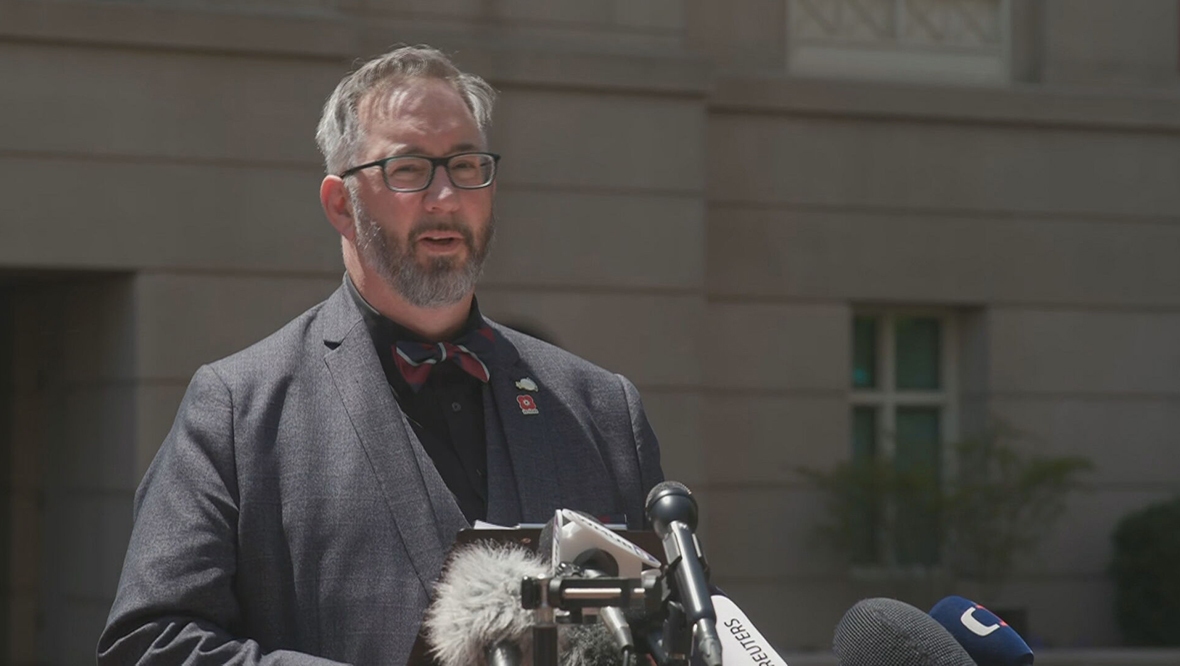 The brother of murdered Scottish aid worker David Haines said he “felt a weight lifted off my shoulders” after one of the men responsible for his death was put behind bars for life.

Mike Haines, from Dundee, said the verdict, which handed eight life sentences to terrorist Alexanda Kotey, was the “closing of a door” and that “that part of my life” was now over.

Kotey was part of the Islamic State group militant cell dubbed The Beatles due to their English accents, responsible for the brutal killings of a number of Western captives, believed to include David Haines, who grew up in Perth, and Alan Henning.

He was sentenced for his role in the terror cell’s murder of four US hostages on Friday at a federal court in Virginia but relatives of other victims were invited to address the hearing.

“Alexander Kotey will spend the rest of his life in prison. I will dedicate the rest of my life to preserving David’s legacy as a humanitarian and I will welcome each and every man, woman and child – regardless of colour, faith or politics.

“Only through tolerance, compassion and understanding can we overcome hate. Through my organisation, Global Acts of Unity, set up in David’s memory, I have met countless people of all backgrounds, all cultures, all faiths, and I have learnt of the power of forgiveness.

“Terrorism has claimed many lives and it is the reason we are today but I will not let it claim my soul as well. Today, for the first time, I can say to those men ‘you no longer have power or me and Mike’.

“I want to thank the US and UK authorities and all those people involved in bringing these men to justice.

“The past eight years have been tortuous but now justice has been served and my family can finally move closer to peace.”

Mr Haines, an RAF veteran and former mental health nurse, was one of 13 people who read victim impact statements to the court before the sentence was passed.

“The opportunity to stand in front of them and reject their hatred, the acts of hatred that took my brother’s life and the other hostages … it was the closing of a door,” he told the PA news agency.

“I know that part of my life is over. I’ve still had times when I’ve felt hate, we all feel hate but today I felt a weight lifted off my shoulders.

“They have faced justice, they are now going to face the penalties for their crimes and that is important.”

Mr Haines, who runs education charity Global Acts Of Unity in honour of his brother, acknowledged that “every person is different” and may process their grief differently.

“There’s no one way that is right,” he said.

“All I know is that for me, drawing that line in the sand and closing that door, it releases their hold on me and on my immediate family.

“I can walk away free from their hold and concentrate on the work of Global Acts of Unity.”

He continued: “I don’t want an ‘oh I’m sorry’ to make me or my family feel better.

“What I want from them at some point, because it will come, when they question and they realise that their actions were not about Islam, that it was about the spread of hate.

“When that happens, that’s the win.”

Mr Haines said the basic message of his charity, the rejection of hatred, would always be the same.

“He did good things, he did bad things but what he did do was go and help his fellow man regardless of colour, culture, faith or politics.

“That is what made him a hero, and that is what makes all of our humanitarians modern day heroes. That is what I want David to be remembered for, not the way he was murdered.”

Kotey was charged in relation to the killings of four US hostages, journalists James Foley and Steven Sotloff and aid workers Peter Kassig and Kayla Mueller.

As per the agreements of his plea bargain, Kotey may be brought to the UK to serve some of his sentence and may also face further trial over the deaths of David Haines and Henning.