Dozens of aircraft from the Royal Navy, the Army and Royal Air Force soared over Buckingham Palace. 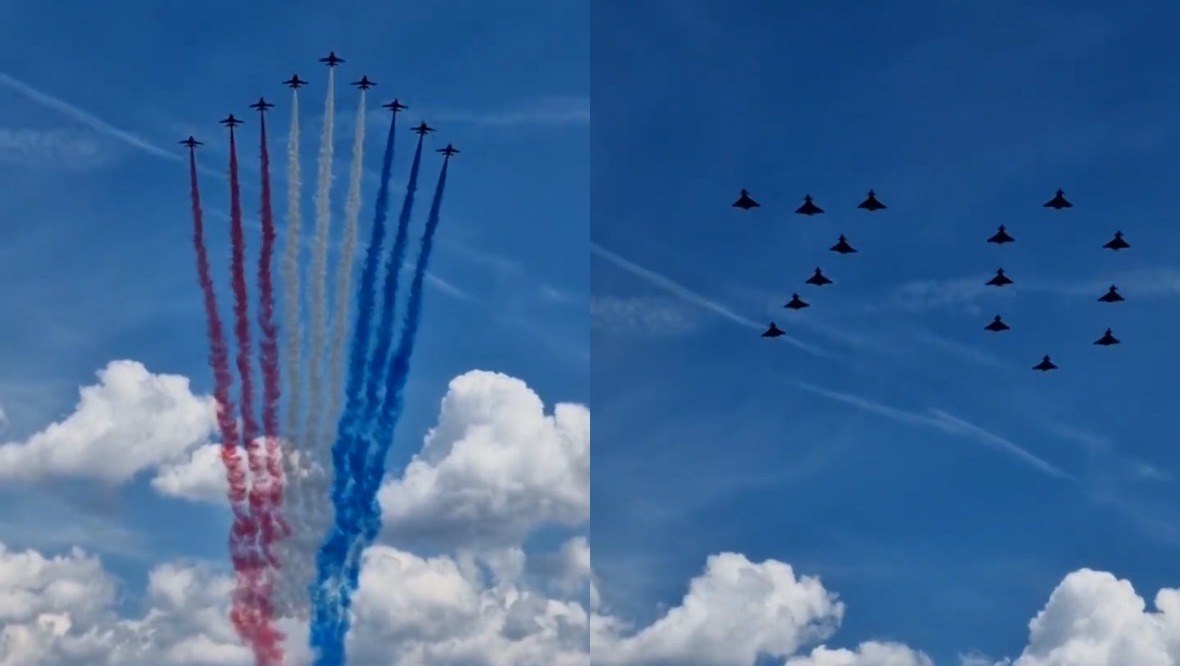 A six-minute flypast of more than 70 aircraft marked the first day of Platinum Jubilee celebrations.

The display included Apache helicopters, Typhoons and The Red Arrows, as they flew over Buckingham Palace.

Fifteen RAF Typhoons paid a special tribute to the monarch’s record-breaking reign, flying in the formation of the number 70, prompting smiles from the Queen.

She took centre stage she greeted crowds from the palace balcony, surrounded by her family.

Huge cheers erupted from the thousands of well-wishers packed onto The Mall in central London as the monarch emerged for the flypast after Trooping the Colour.

Wearing sunglasses, the 96-year-old sovereign looked joyful as she surveyed the patriotic scenes, giving broad smiles as she enjoyed the aircraft display.

It was the second of two appearances from the monarch on the balcony on Thursday – the start of the special extended Jubilee weekend marking her 70-year-reign.