Two officers were attacked in the Leicester Square area on Friday morning.

A police officer suffered a potentially life-changing injury, while another was stabbed three times in the neck and once in the chest after being attacked in London.

The Metropolitan Police officers were attacked by a man in the Leicester Square area of the city at around 6am on Friday morning.

A taser was used on the assailant, who was arrested on suspicion of causing grievous bodily harm and assaulting an emergency worker.

During the attack, a female police officer suffered a serious stab wound to her arm which Metropolitan Police Commissioner Sir Mark Rowley said could be life-changing.

A male officer was stabbed in the neck three times, as well as once in the chest during the attack.

He is expected to make a full recovery.

The incident is not being treated as a terror-related incident.

In a statement, the Met said: “Taser was deployed and a male was arrested on suspicion of grievous bodily harm and assaulting an emergency worker.

“He was taken to hospital for treatment where he remains at this time. Inquiries into the circumstances surrounding the incident are ongoing.”

London Mayor Sadiq Khan condemned the attack and urged anyone who may have information about it to contact police.

“This attack on service police officers in Soho overnight is utterly appalling,” he said.

“These brave officers were doing their duty and assisting the public at this momentous time for our country.

“My thoughts and prayers are with them, their loved ones and police colleagues following this disgraceful attack.

“Our police officers run towards danger to protect others and keep us safe and we owe them a huge debt of gratitude.”

Khan insisted that attacks against the police will not be tolerated.

He continued: “I have spoken with the new commissioner Sir Mark Rowley about this awful incident and remain in close contact.

“Attacks against the police will not be tolerated and any perpetrators will be caught and prosecuted.

“I urge anyone with information to come forward to ensure the perpetrator of this disgusting attack feels the full force of the law.” 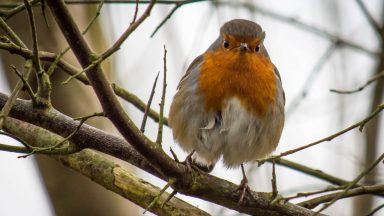