Compassion and love in Krakow for traumatised Ukrainians fleeing war

More than one million people have crossed into Poland from Ukraine since the Russian invasion began on February 24. 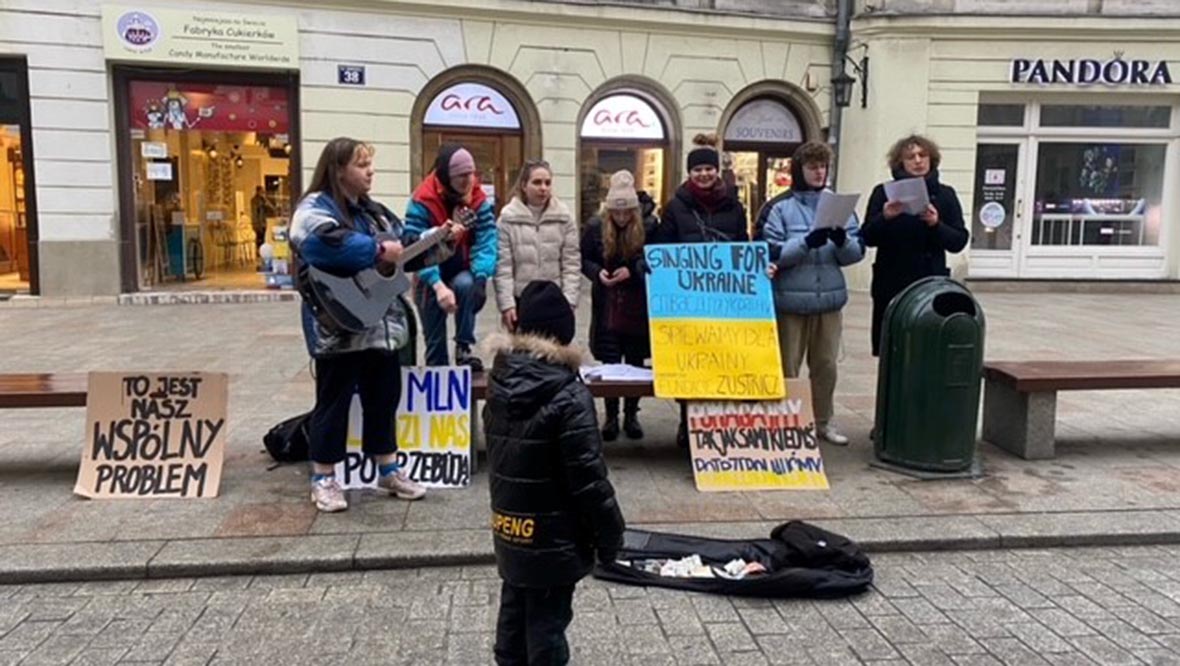 Walking in Krakow’s Old Town, people are gathering in the main Market Square. Some are taking selfies, others enjoying a meal in one of the many surrounding restaurants.

Above them, Ukrainian flags draped from buildings flutter in the breeze.

It’s a striking symbol of solidarity and a stark reminder that less than 200 miles away there is a war in their neighbouring country.

More than one million people have crossed into Poland from Ukraine since the Russian invasion began on February 24.

Some have come here with only the clothes on their back. Others carry what few belongings they have in plastic bags – some gifted to them at the border. Children clutching cuddly toys cry as they hold tightly onto their mother’s hand.

Shops have been converted into temporary soup kitchens at Krakow’s railway station, with volunteers handing out hot meals and drinks.

Children are given sweets and balloons shaped as animals in an attempt to provide them with some sort of normality.

Many refugees will sleep here overnight. Others will go to shelters, like a gym hall that is now a makeshift bedroom for hundreds.

Hotels have also been opening their doors.

One in the city told us that more than 90% of those staying there are refugees – some are the loved ones of Ukrainian staff.

In one of Krakow’s side streets, a Polish choir performs Ukrainian songs. As the crowd around them builds up, so do the donations left in their open guitar case. “This is our common problem”, reads one of their placards.

A man standing nearby wipes a tear from his eye. His partner sways in time to the music as they sing along.

People want to provide comfort to those who have arrived here after their lives were turned upside down in a matter of days.

The community effort is immense, with thousands of Krakow’s residents doing everything they can for those who have suddenly found themselves here through no fault of their own.

Many have lost everything. There is unimaginable trauma and there is pain. But amidst it all, there is also understanding, compassion and love.

Warning after e-bike bursts into flames at block of flats