The ITV breakfast show was covering Sunak and Javid's resignations outside the Houses of Parliament. 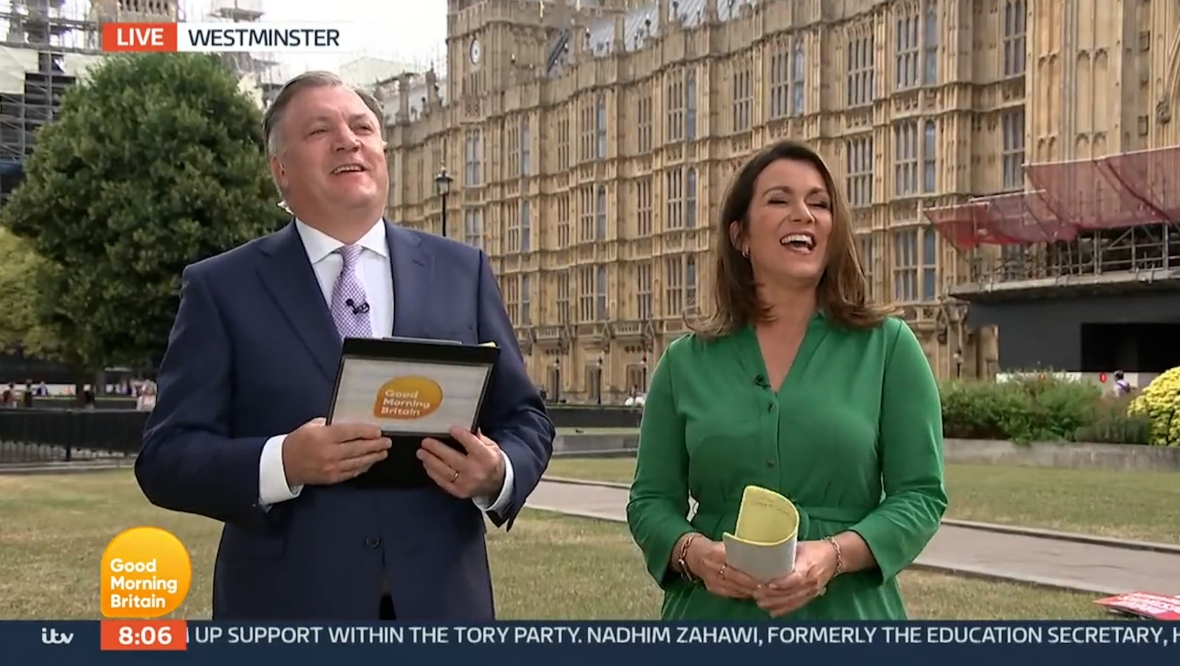 The presenters of Good Morning Britain were interrupted by a singing protester at Westminster on Wednesday.

Reid and Balls were posted outside the Houses of Parliament at the time, covering the resignations of chancellor Rishi Sunak and health secretary Sajid Javid.

The 53-year-old activist’s version of the Bay City Rollers’ hit referred to the Prime Minister, who was facing mounting pressure after resignations by a long list of party members.

Reid continued: “Are we about to do karaoke?” before realising it was Bray.

Bray, from Port Talbot in South Wales, has previously been heard shouting during TV news broadcasts and made headlines for his frequent protests against Brexit on College Green throughout between 2018 and 2019.

He has also appeared in the background of live reports on television multiple times, often wearing eye-catching outfits and carrying placards with anti-Brexit or anti-Government messages.

ITV previously referred to him as a “notable figure”, both for the length of his continuing protest, and for the techniques he uses to disrupt multi-camera interviews.

Both presenters seemed entertained by the inventive performance, dancing along.

Reid added: “Well, I suppose if you’re no longer allowed to shout, there are other ways of making your voice heard.”