The company said the positions will come from an investment programme of £500m to grow the business.

Online retailer boohoo has announced plans to create 5000 jobs by expanding its warehouse and building new IT systems over the next five years.

The company, which has faced criticism in recent years for poor working conditions at some of its suppliers, said the positions will come from an investment programme of £500m to grow the business.

Jobs are expected to be created at both its head office in Manchester and warehouse in Burnley.

The announcement came as the company published a report into the economic impact of the business on the UK economy.

It found that boohoo added £559.4m to the economy in the past year, including supporting 8050 full-time roles – meaning the business now accounts for 4.4% of the total UK clothing and footwear retail sector.

Bosses added that for every job created by the group a further 1.7 were added to the wider economy.

In logistics alone, the group employs 7000 people at four distribution centres in the UK and ships between 190,000 and 230,000 parcels a day, which are handled by 13 main courier companies and supported an estimated 1,660 jobs in the last financial year, it said.

Boohoo has been spending the past two years trying to shed its negative image following revelations that some of its suppliers in Leicester had been operating in sweatshop conditions.

Reports found that some garment factory workers were being paid well below the minimum wage and boohoo’s oversight of its supply chain was heavily criticised.

The company hired former judge Sir Brian Leveson to draw up a series of independent reports to improve corporate governance and bosses have been on a charm offensive to win over concerned stakeholders.

New rules have been implemented and some suppliers no longer work with the firm, which has snapped up a series of failed high street names in recent years, including Coast, Karen Millen, Dorothy Perkins and Debenhams.

Sustainability has also become a key talking point in the sector, with shoppers opting to keep items of clothing for longer and move away from so-called “throwaway fashion”.

He said: “We’re trying make the journey as sustainable as possible… 20% of all our ranges will be sustainable this autumn… 40% next spring/summer.”

He added: “They’re not going to be fixed in six and 12 months… It’s the same 2030 timeframe as combustible engines.” 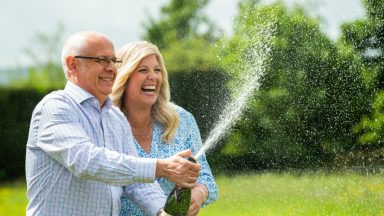 One in five employers to 'insist staff are vaccinated against Covid'