Emergency services were called to the Trongate area of Glasgow after receiving reports of a collision. 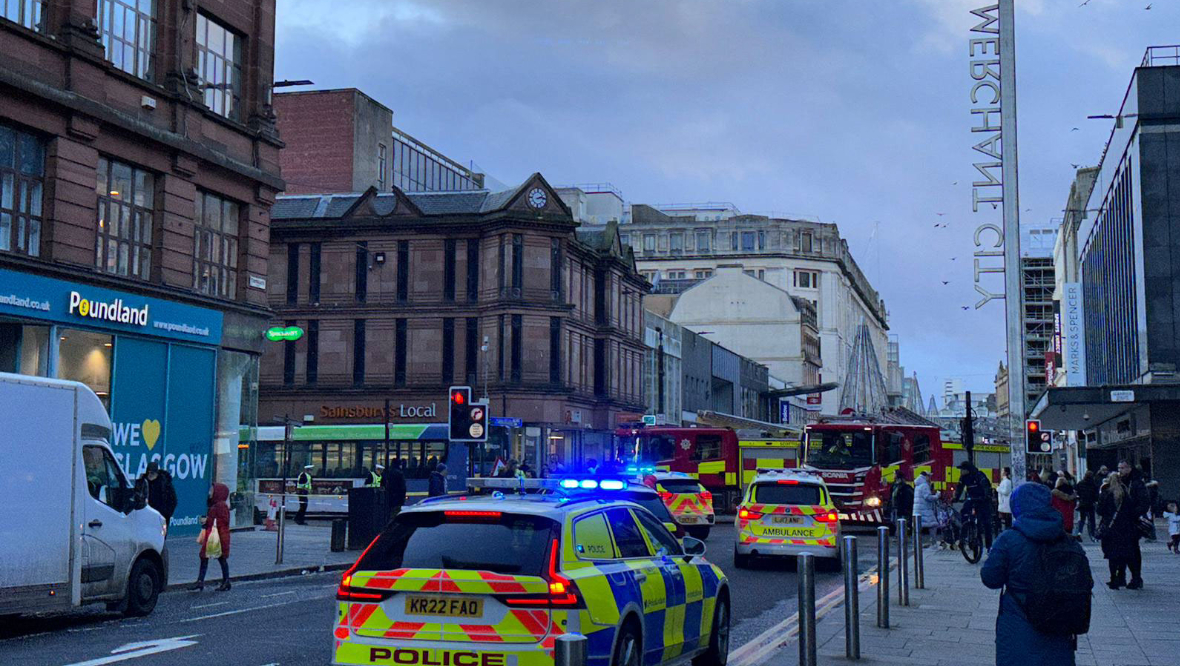 A woman has been taken to hospital after being struck by a bus in Glasgow city centre.

Police were called to Trongate, near to Stockwell Street, at around 2.10pm on Wednesday after receiving reports of a collision.

Emergency services took a woman to the Queen Elizabeth University Hospital for treatment.

Her current condition is unknown.

Officers confirmed that no one from the bus was injured.

A Police Scotland spokesperson said: “Around 2.10pm on Wednesday, January 11 2023, police were called to a road incident on Trongate near to Stockwell Street involving a female pedestrian and a bus.

“Emergency services attended and the woman has been taken by ambulance to the Queen Elizabeth University Hospital for treatment. No details on her condition or injury.

“No one from the bus was injured.

“Trongate between Glassford Street and High Street is closed until further notice. Local diversions are in place.”

A Scottish Fire and Rescue Service spokesperson said: “We were alerted at 2.05pm on Wednesday, January 11 to reports of a road traffic collision in Stockwell Street, Glasgow.

“Operations Control mobilised four fire appliances to the scene, where firefighters handed one casualty into the care of the Scottish Ambulance Service.

“Crews left the scene after working to make the area safe.”