The fawn was spotted unable to escape from the building behind the Shawlands Arcade in Glasgow. 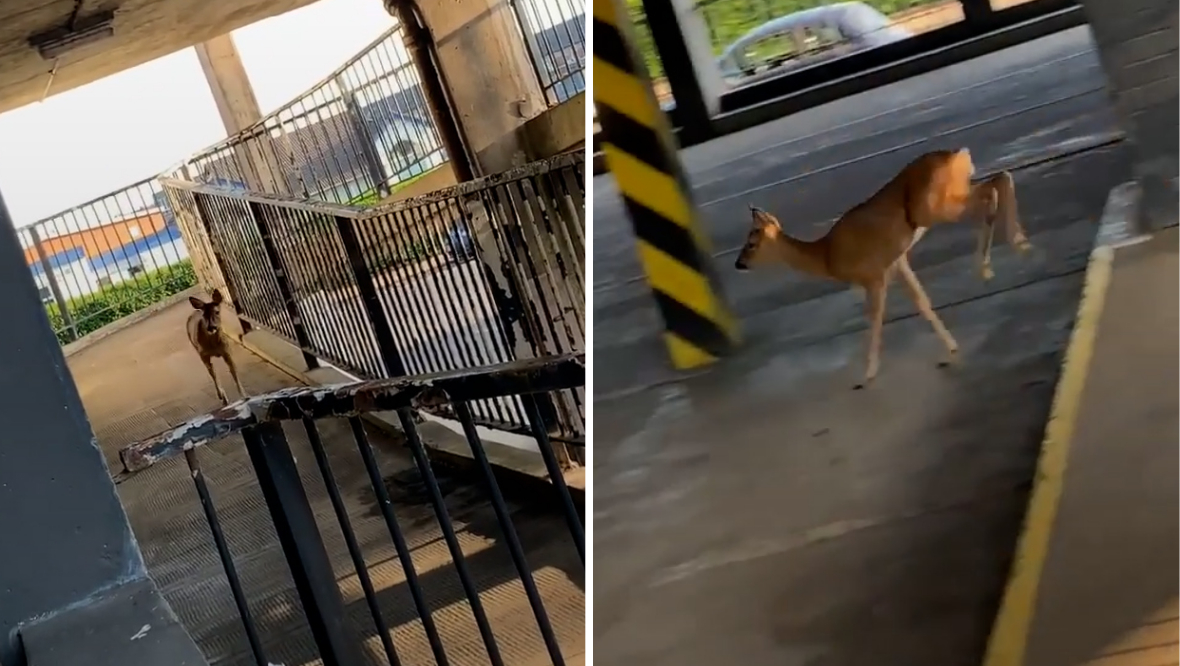 A Glasgow resident warned others to be careful after she had to chase a baby deer out of a multi-storey car park.

Rachael McDonald spotted the fawn in the car park for the Shawlands Arcade in the city’s southside on Monday morning.

She warned others to watch out for the fawn which must have been roaming the city streets in the early morning before becoming lost inside the multi-storey.

The little animal seemed to be unable to find its way out and appeared distressed.

After being unable to get through to the SSPCA, Ms McDonald decided to try and help show the animal the way out so it could get to safety.

She said: “I called the SSPCA but they were closed so had to try get it out myself. [I] could see it was getting distressed because it couldn’t figure out how to get back out.

“I managed to get it out of the car park then it bolted off down a side street. Poor wee thing must’ve been terrified.

“There’s been a surge in deer around Shawlands lately.”