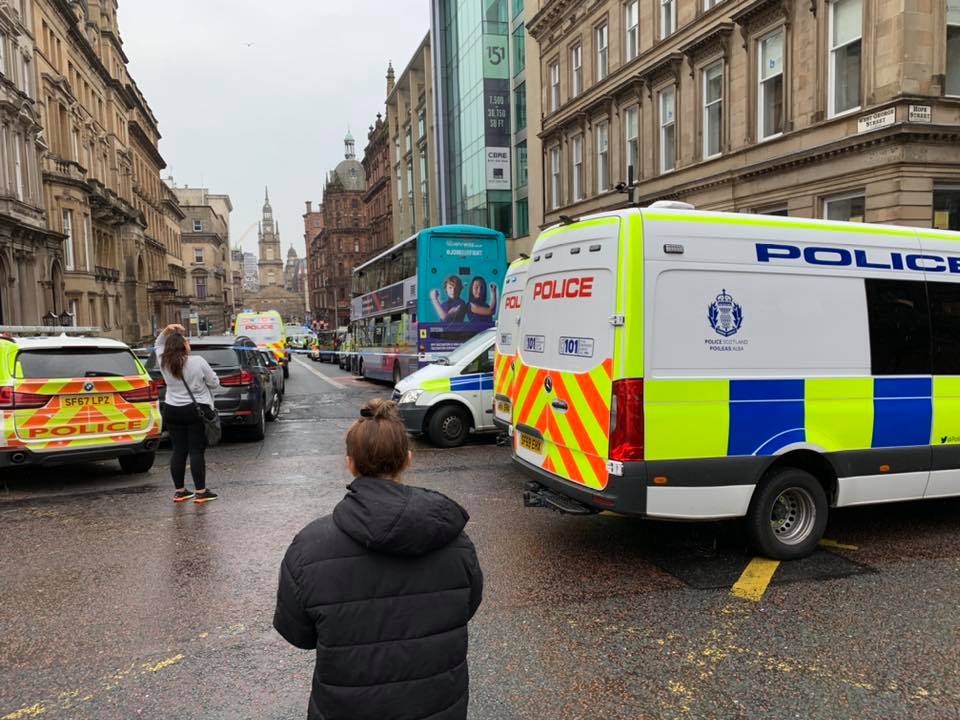 Witnesses have described the “horrifying” scenes after a stabbing at a hotel in Glasgow.

Six people are in hospital, including a 42-year-old police officer, who is in a critical but stable condition.

Matthew Nesbitt, 29, was in an office four floors up and said he heard screaming and commotion, which he described as “horrifying”.

He continued: “You don’t really perceive what is happening until you actually see it. We didn’t really understand what was going on, we could see from above, just the panic and people running away.

“I saw one gentleman lying on the steps outside a hotel and he had a stab wound to the torso and there was a lot of blood on the steps.”

A hotel resident, who asked to be known as Sean, said he heard “noises” from his room so headed downstairs, where he saw two people had been stabbed.

He said: “Two receptionists got stabbed. I heard noises from the third floor, from my room, so when I came down I saw the lift was full of blood and when I used the stairs, the whole reception was blood, you know the floor and everything.

“I told them not to worry. I called for help but when I came to the entrance there were police there so I told the police, you know there’s a man who got stabbed inside the reception.

“But when I came out of the entrance there was another receptionist who got stabbed and was fighting for his life, so I immediately called my mum and told her not to come out from the room.”

Jamie Alexander O’Neill, owner of a mobile phone shop on Sauchiehall Street, said: “We heard the police sirens so straight away we realised it was something serious so I actually locked the doors (of the shop) and headed down towards Renfield Street.

“As I got closer and closer out at the junction with West George Street, there was one police van there that had sort of guarded off the area.”

He continued: “I did then see the armed response but more and more police kept arriving.

“There has been police in the city centre for the last few weeks because of the protests and last night because of the Kelvingrove Park, closing it off, so it’s not unusual to see the police around but this was like next level.

“Police were having to shut off the whole street, there’s fire engines there, the ambulances as well that were sort of on the scene, so it was clear there was something very serious going on.”