Mikey Gillespie, of Cumbernauld, passed away after his cancer symptoms were initially missed by professionals. 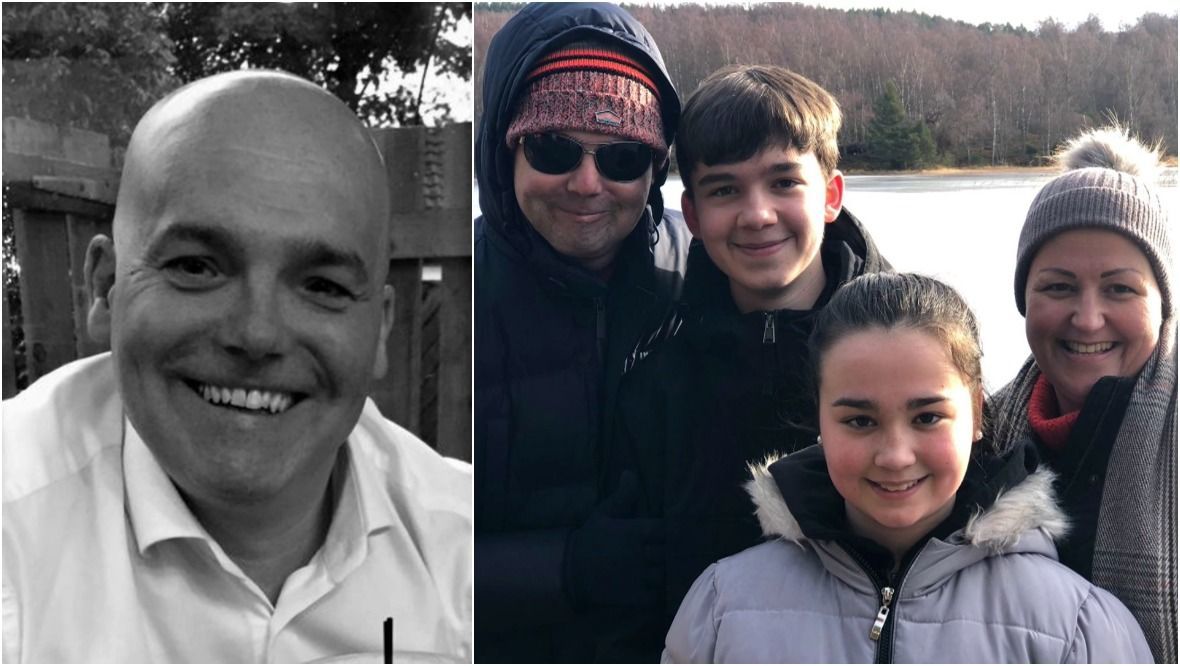 The wife of a young dad who died from mouth cancer is speaking out for the first time to warn others about the disease.

Mikey Gillespie, 43, of Cumbernauld, passed away after his symptoms were dismissed as a mouth ulcer.

This weekend, his friends and family are cycling across Scotland in his memory and to raise awareness of the disease.

“Mikey was my husband, he was my best friend” says his wife Suzy Gillespie.

“And he was Josh and Holly’s dad. He was taken too soon from us”.

In January 2018, Michael was diagnosed with mouth cancer. Eighteen months later he died.

“It was just from a mouth ulcer, which the doctor and dentist had said ‘nothing to worry about’’, said Suzy.

“I feel as if there’s a piece of me being ripped away.

“And that never leaves you.”

Only 2% of cancer research goes to the illness.

“And on top of that, the number of people diagnosed each year is lower than other cancer types.

“As with all cancers it’s really important that people are aware of the signs and the symptoms of cancer, and mouth cancer is really no different here.”

Mikey’s friends are gearing up to embark on an epic cycle in his memory, taking on one of Scotland’s toughest hill climbs in the process.

They’re hoping to raise awareness of the disease and money for the Oracle Cancer Trust. You can donate here.