Where can I go as Glasgow roads start closing for COP26?

Everything you need to know about travelling around Glasgow during the UN climate conference. 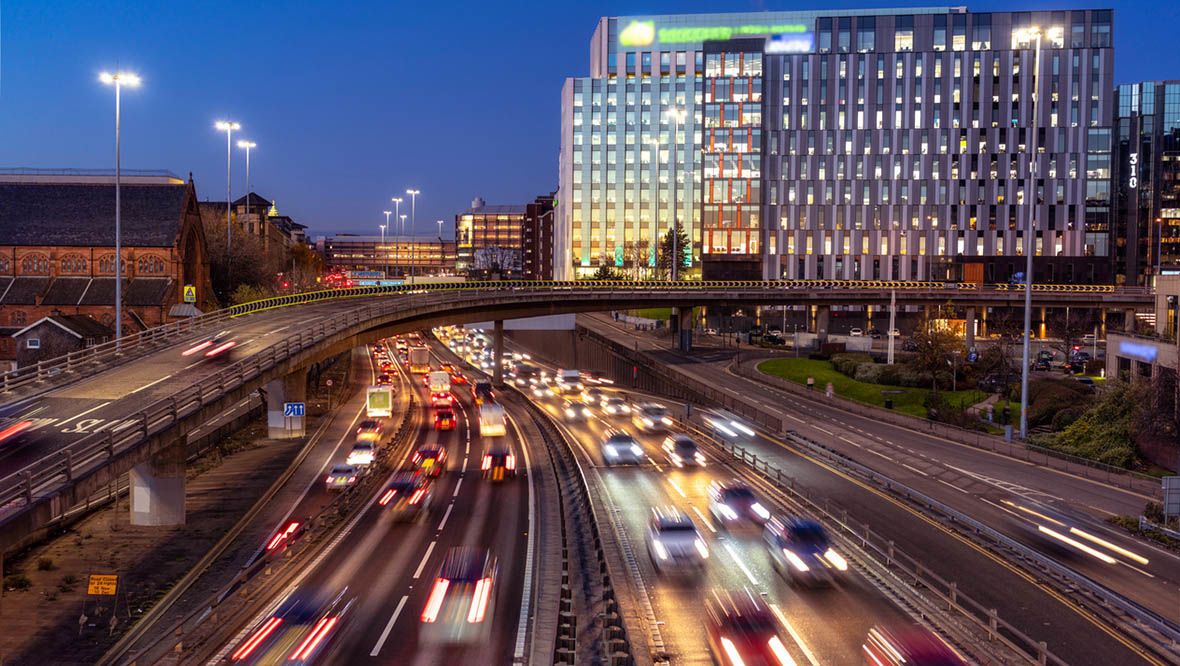 Parts of Glasgow will start locking down on Saturday ahead of the COP26 United Nations climate conference.

The summit is being held at the Scottish Event Campus on the banks of the River Clyde from October 31 to November 12.

But residents and commuters are being warned to expect delays across the city from this weekend.

So, where are you allowed to go as COP26 takes over Glasgow?

The scale of the event in Glasgow is unprecedented and the council has warned people that roads will be “extremely busy”.

The city’s motorway network – including the M8, M77 and M74 – are all at risk of major congestion.

And the Clydeside Expressway, which normally sees around 100,000 vehicles each day, will be closed between Partick and Anderston from October 23 to November 15.

Official alternative routes involve drivers using some of the busiest roads in the city by going through the Clyde Tunnel, parallel to the Expressway on Dumbarton Road and Argyle Street, or Great Western Road, through Charing Cross.

Stobcross Road, which runs between the Expressway and the SEC, has already been closed due to works, and will not open again until November 21.

Pressure is expected to be diverted on to the A739 Clyde Tunnel, which runs north to south under the river, as well as Paisley Road West, Great Western Road and Dumbarton Road.

The disruption from COP26 comes on top of traffic chaos already being caused by the ongoing repairs to the M8 Woodside Viaduct north of the city centre.

Can I still ride my bike?

Cycling is encouraged during the summit, but pedestrian and cycle routes around the SEC will be affected, with campaigners arguing that the closures go against the ethos of the conference.

Glasgow City Council has suspended public access around the venue – the site covering Finnieston and Pacific Quay, Millennium and Bells bridges and a number of paths will be out of bounds from October 21 to November 19.

Will public transport be running?

Yes, public transport will be running and the conference won’t be disrupted by rail strikes after four unions representing rail workers – RMT, Aslef, Unite and the TSSA – agreed deals over pay and conditons.

ScotRail workers were set to strike from November 1 to 12 but that has now been averted.

Glasgow Life, which runs the city’s culture and leisure venues, is closing six sites to “minimise disruption” during COP26.

Kelvingrove Art Gallery and Museum, the Riverside Transport Museum and the Gallery of Modern Art will be closed throughout the conference.