Waverley Paddle Steamer back at sea 75 years after maiden voyage

The iconic vessel carried passengers as it headed 'doon the watter' three-quarters of a century after it first set sail. 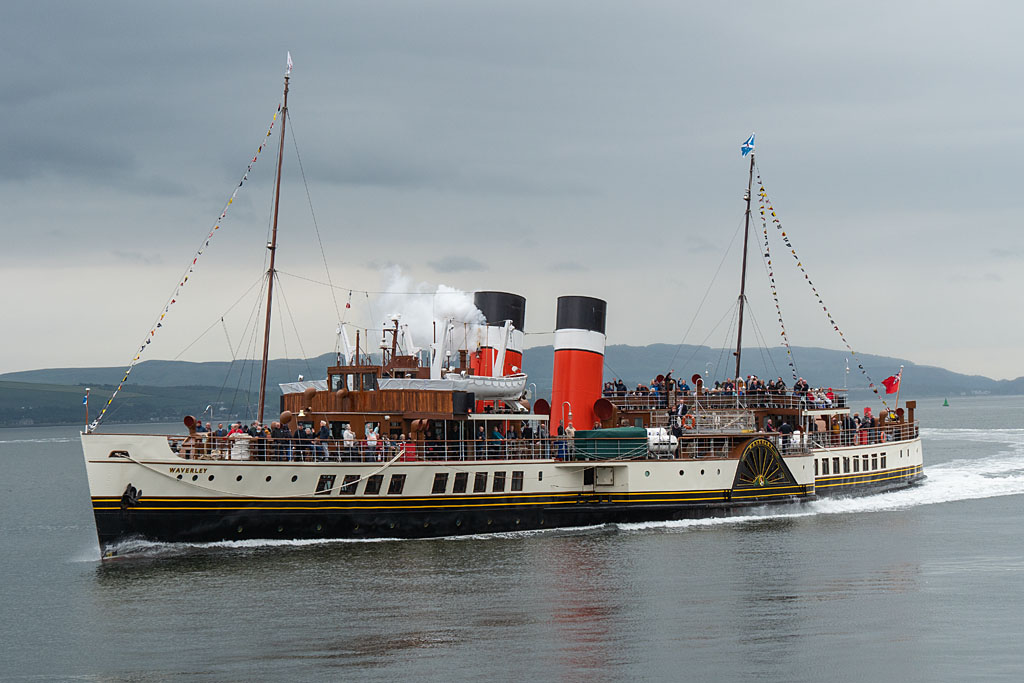 The iconic Waverley has celebrated its 75th-anniversary sailing to Arrochar by repeating its maiden voyage.

Built along the Clyde, the ship completed its first voyage on June 16, 1947, cruising up Loch Long and Loch Goil to Arrochar.

Jim Stevenson was on that very first journey from Greenock with his father.

“When it came across and moored, my father said ‘it’s the new boat, Waverley’,” the 85-year-old recalled.

“I didn’t know anything about Waverley pre-war except the one that sunk at Dunkirk. It was quite a nostalgic event for himself and Waverley was his favourite boat in those days.

“It was very new to me, everything was a treat on the boat, it wasn’t a routine thing. There was nothing like this. I thought ‘Oh, this is good’ and now I’m quite an enthusiast.

After being withdrawn from service the Waverley was sold for a symbolic £1 in 1974 to what became the Waverley Steam Navigation Co Ltd.

Board member Douglas McGowan told STV News: “Much to our surprise they decided to sell it to us for one pound.

“I could not believe that and, to begin with, we didn’t know what to do with the ship. It’s a very, very proud moment. Probably a moment we never thought we’d see.

“In fact, when we first operated her in 1975, we did wonder if we’d get though the first season and here we are in 2022 and Waverley is still sailing.

“It’s in fantastic condition and it’s probably in better condition than when it left the ship yard in 1947 and she’s cared for by people who really love her and want to make her last for a long time yet.”

Captain Dominic McCall said: “It’s a massive honour and a privilege. [It’s] something very unique to be captain of any ship that’s 75 years of age is something very unusual in this day and age.

“The Waverley is very different to anything else you’ll ever work on as a master. It’s brilliant and handles fantastically. Every vehicle is different and every day is a school day.”