‘Wall of support’ for basketball stars after racist attacks

Julius Van Sauers, David Mpondo and Marc Kwedi were threatened, harassed and referred to as 'monkeys'. 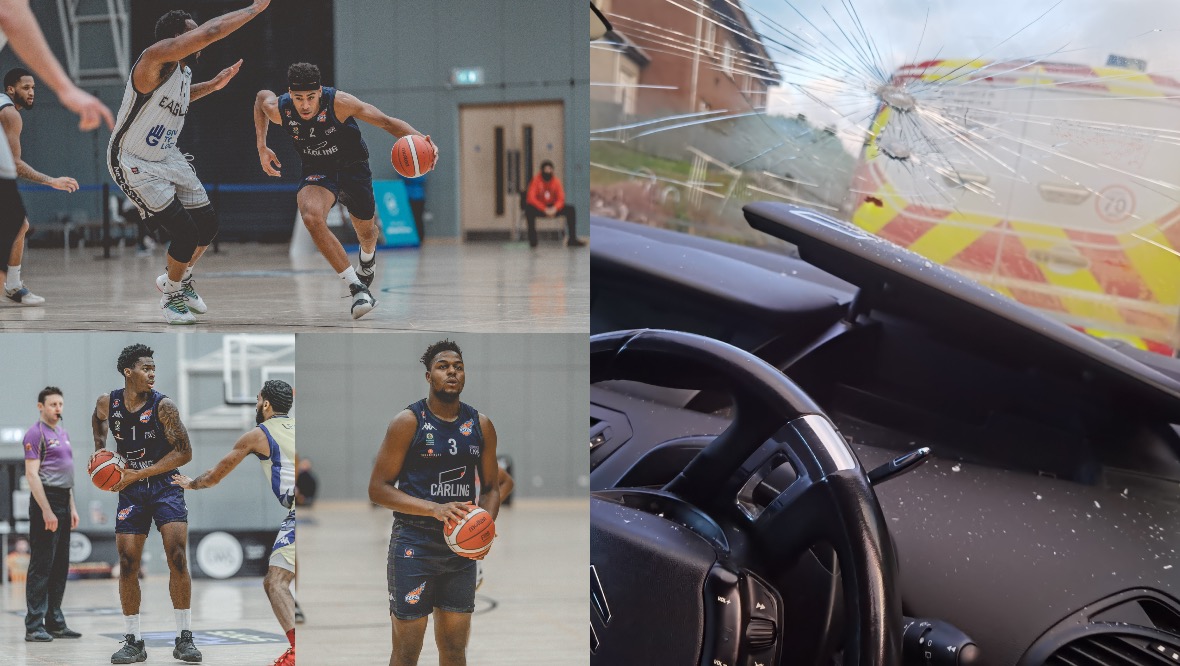 Three basketball players that were forced to move home following a spate of racist attacks have received an outpouring of support in response to their unfriendly welcome to Glasgow.

As reported by STV News on Thursday, Glasgow Rocks released a statement saying it was “deeply saddened” over the incidents, which included car tyres being slashed and a windscreen smashed with a hammer.

Frenchmen David Mpondo and Marc Kwedi, as well as Dutch star Julius Van Sauers, were said to have been targeted within weeks of joining the club at the start of the season last autumn.

The trio have reportedly been threatened, referred to as “monkeys”, made to feel “watched and unwelcome”, and have suffered harassment by calls to the police – which included false claims that they had prostitutes in their house.

Sean Skelly, general manager of Glasgow Rocks, told STV News: “It was the embarrassment, I would say.

“Because you just didn’t want them jumping to conclusions and assuming that this is what Glasgow is, because it’s not.

“Unfortunately this is just a small incident that’s involving a few people.

Mr Skelly said the police were called out one night when only one of the players were at home, in bed and with the lights out.

He said the trio were “angry” at being branded “monkeys”, but said they understood it’s a global issue in how black people are treated throughout the world.

Mr Skelly added: “I didn’t need to say that this was a specific Glasgow issue because it was already known. And I thought that was quite sad.

“It was almost a resignation of ‘well, every black man has a story like this’.”

The players moved to another house to escape the torment and have encountered no further disturbances.

Since drawing attention to the issue, the players have received support from other Glasgow residents, fans and fellow league clubs.

Mr Skelly said: “Our Twitter wall is just a wall of support at the moment, and everyone’s been really appreciative of it.

“The response and the conversation, I think, is really important around it all.”

Police Scotland said it is investigating the complaints.

A force spokesperson said: “We have been made aware of offensive communication and enquiries into the matter are ongoing.”