Volunteers hand out water bottles to city's homeless amid heatwave

Volunteers at Homeless Project Scotland have been on Glasgow's streets throughout the hot weather making sure vulnerable people are looked after. 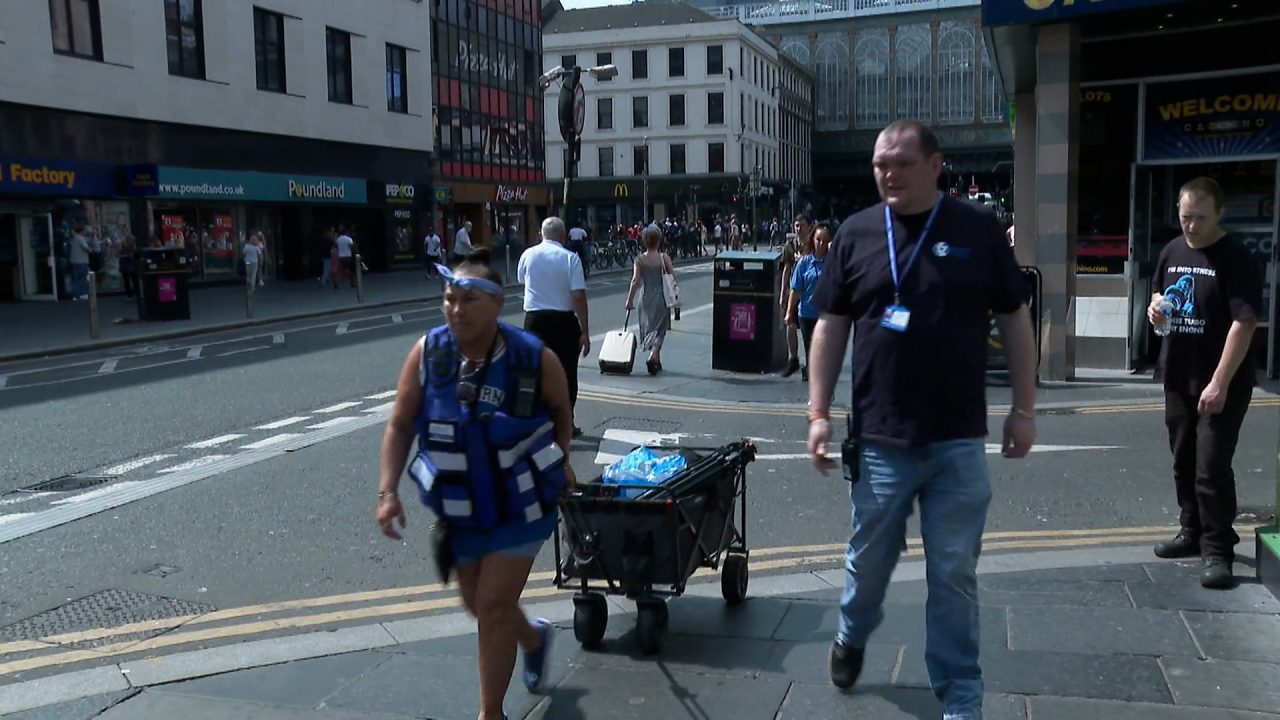 A Glasgow homelessness charity has been handing out hundreds of bottles of water amid soaring temperatures as Scotland saw its hottest day on record.

Volunteers at Homeless Project Scotland have been on the city’s streets throughout the hot weather making sure vulnerable people are looked after.

Colin McInnes, from the organisation, said: “We’ve got additional bottles of water, and additional supplies like sun cream and stuff.

“We kind of find that homeless and vulnerable people who are maybe on the streets, some have got drugs and alcohol issues, so they may fall asleep in hot weather or forget to drink.”

The group runs a soup kitchen on Argyle Street every Tuesday, Wednesday and Friday. It usually hands out hot drinks, food and blankets but the searing heat has brought a very different challenge.

Volunteer Mags Park said: “We’re seeing people who are sweating, dehydrated. They’re not drinking enough water and maybe don’t even have enough money to buy water. We try and give them something to eat, get a drink in them and have a chat.”

As our climate changes, more extreme weather events are becoming increasingly common in Scotland. The charity fears it will be the most vulnerable people on the streets bearing the brunt of it.

“We’re going to see a lot more of it,” Mags said. “It’s a shame because not a lot of people know we’re here. We’d like to put the word out and let people know that we’re here to help them.”