Yevgen Orlov and Iryna Olrlova are currently in Bucharest after fleeing Russia’s invasion. 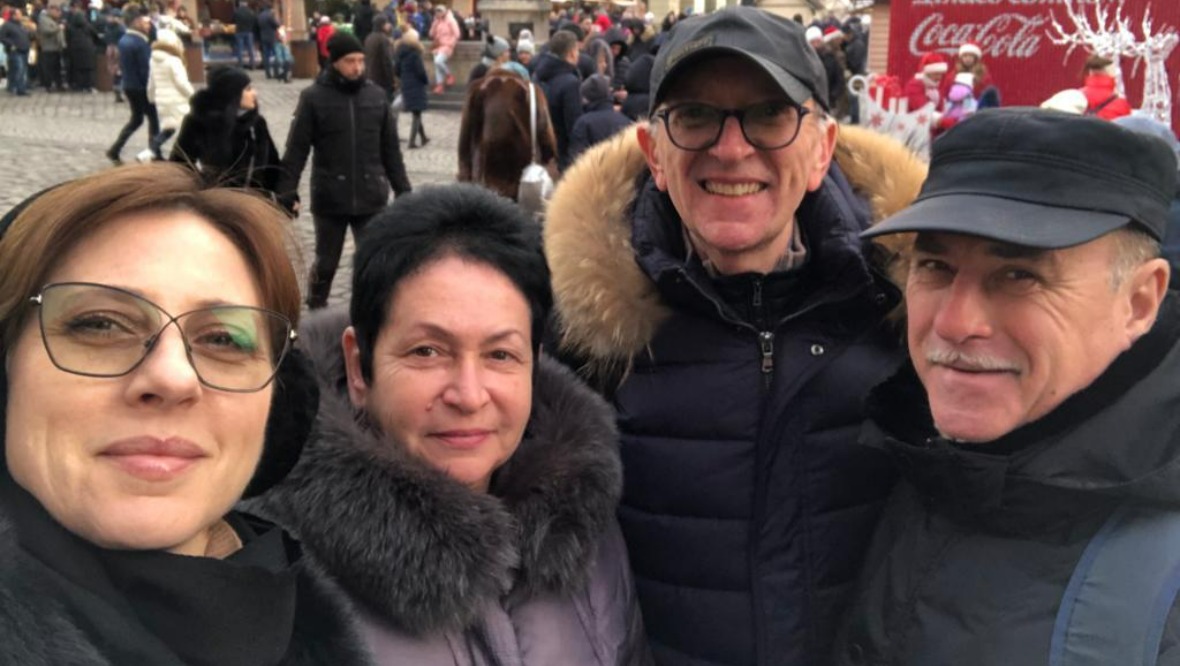 A Ukrainian couple hoping to stay with family in Glasgow have been waiting three weeks for news of their visa application.

Yevgen Orlov and Iryna Olrlova are currently in Bucharest after fleeing Russia’s invasion.

Marco and Yellena Giannasi, who own the Battlefield Rest restaurant in Glasgow’s southside, say the wait to bring their relatives to Scotland is becoming increasingly stressful.

Marco said: “They are stressed out by the situation. They had a comfortable life and overnight it was turned upside down.”

The Giannasis travelled to meet Yellena’s brother and wife after they crossed the border out of Ukraine.

They then were able to help them with their visa applications on arrival in Bucharest.

That was on March 6 and, as yet, there’s still no news.

Marco returned home, leaving his wife with her family.

He said: “We’re concerned the longer it takes for them to come over here it’s going to take much longer for them to recuperate.”

Both Yevgen and Iryna fled Mykolaiv with minimal luggage.

Iryna needs medication, treatment Yellena says she can easily get in Scotland but doesn’t know how to sort out in Romania.

Yellena said: “I’m not going to leave them until I can sort them out. They depend on me 120%.

The pair are travelling to the UK on a family visa – not via the sponsorship scheme – as they are Yellena’s relatives.

In response, a Government spokesperson for the Home Office said: “We are moving as quickly as possible to ensure that those fleeing Ukraine can find safety in the UK through the Ukraine Family Scheme and Homes for Ukraine.

“We have streamlined the process so valid passport holders do not have to attend in-person appointments before arriving in the UK, simplified our forms and boosted caseworker numbers, while ensuring vital security checks are carried out.

“We continue to speed up visa processing across both schemes, with more than 22,000 issued under the Ukraine Family Scheme.”