Six fire trucks were required to bring the flames under control, which engulfed two flats above the shop as well. 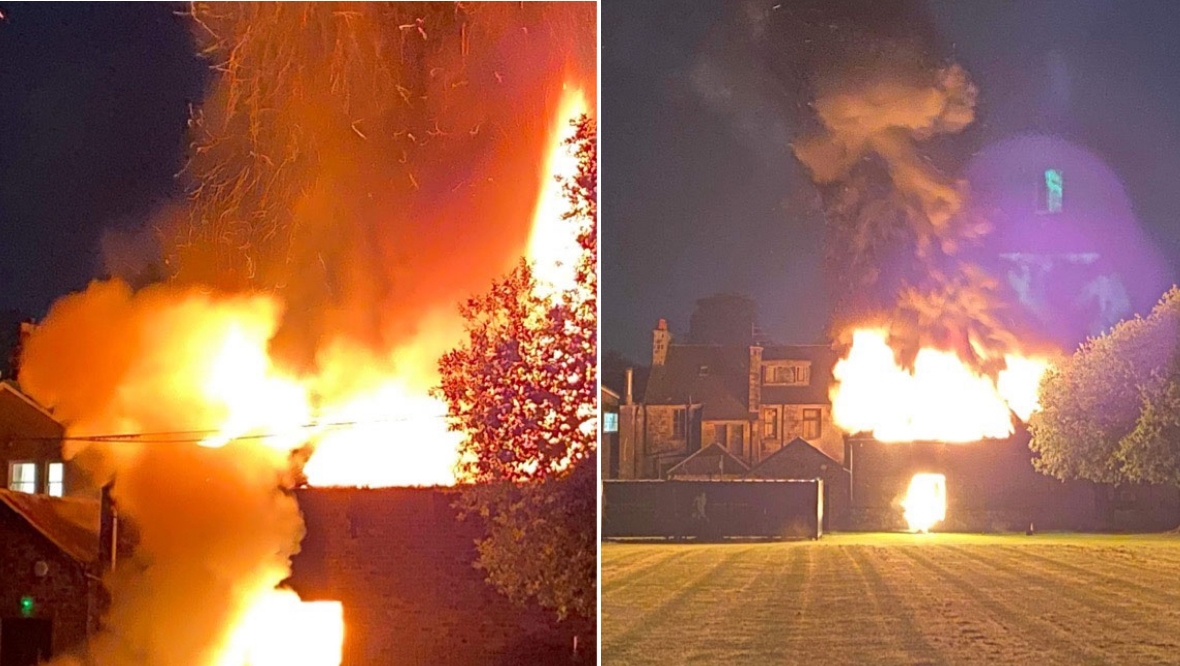 Three people have been taken to hospital after an “explosion” at a butcher shop in South Lanarkshire.

Fire crews were alerted to the scene on Green Street, Strathaven at around 11.39pm on Thursday. Local people named the shop on social media as Ann Davidson Butchers.

Police Scotland were also alerted to an explosion at the premises around midnight.

Two people, a 67-year-old man and a 47-year-old woman, were taken to Queen Elizabeth Hospital in Glasgow for treatment by attending emergency services.

Another man, 57, was taken to the University Hospital in Wishaw. The condition of all affected remains unknown.

Six fire trucks were required to bring the fire under control, which the service said engulfed two flats above the shop as well.

The two-storey building was mostly extinguished, however crews are still working to put out some remaining pockets of fire.

South Lanarkshire Council said Green Street had been closed between Waterside and Common Green, with a diversion in place from the A71 through the B7078, Larkhall, Hamilton and the A713.

Inspector Kevin Miller of Rutherglen Police Station said: “Around 12am on Thursday, August 12, police were called to reports of an explosion at a premises on Green Street in Strathaven.

“Emergency services attended and occupants of the surrounding residences were evacuated.

“A 67-year-old man and 47-year-old woman were taken by ambulance to Queen Elizabeth University Hospital in Glasgow for treatment.

“A 55-year-old man was taken to University Hospital Wishaw for treatment.

“The road is currently closed and diversions are in place. We would advise people to avoid the area at this time.”

“Enquiries into the cause of the explosion are ongoing.”

An SFRS spokesperson said: “We were alerted at 11.39pm on Thursday, 11 August to reports of a fire in a building in Green Street, Strathaven.

“Operations Control mobilised a total of six appliances to the scene. The fire had taken hold within commercial premises and two residential properties situated above.

“Firefighters transferred two casualties to the care of the Scottish Ambulance Service and then worked to contain the fire.

“Crews are presently working to extinguish some remaining pockets of fire.”