Police were called to the scene in St Enoch Square at around 11am on Monday. 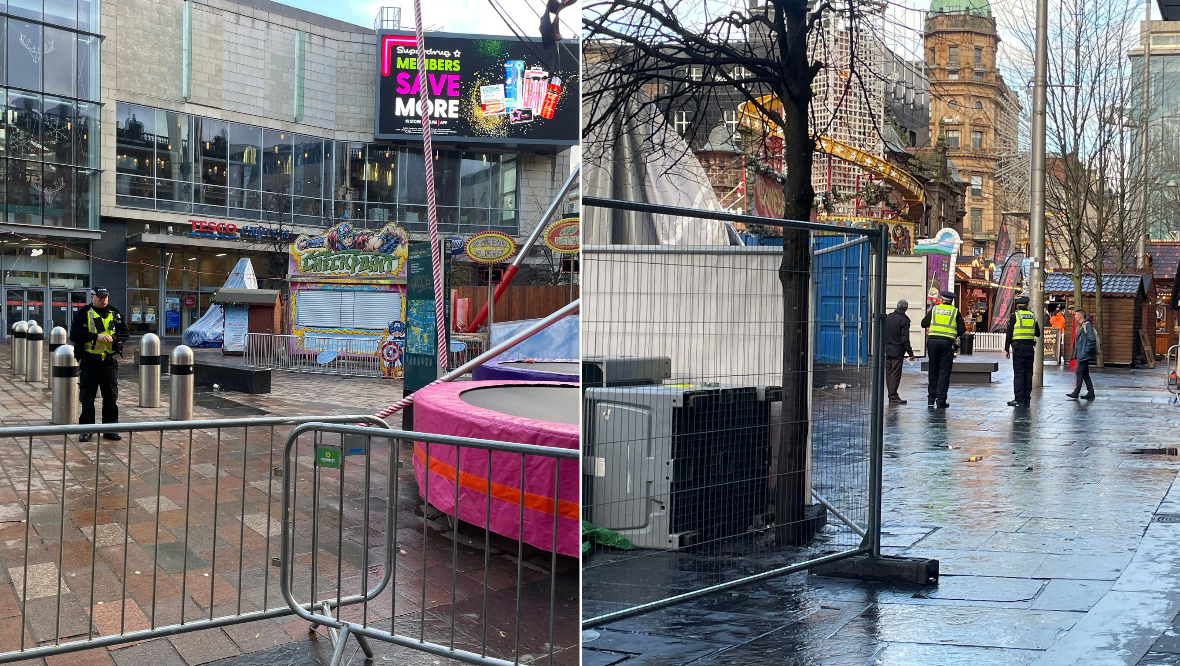 Two people have been injured in a gas explosion at a Christmas market in Glasgow.

Police were called to a food stall at St Enoch Square at around 11am on Monday.

Officers said a gas canister had exploded, and an inquiry is under way to establish the full circumstances.

Two casualties were taken by the Scottish Ambulance Service to Glasgow Royal Infirmary.

St Enoch subway station was shut for around ten minutes, after which the entrance facing Buchanan Street was reopened.

A traffic information bulletin issued by Glasgow City Council read: “Due to a police incident, Howard Street has been closed from Stockwell Place to Dixon Street. The street will remain closed until further notice.

“Access to car park in Howard Street above Matalan is available via Jamaica Street. Drivers are advised to use an alternate route.”

A SFRS spokesperson said: “We were called to assist emergency service partners around 11am on Monday, December 5 to reports of a gas explosion within the Christmas Market at St Enoch Square, Glasgow.

“Two casualties were handed into the care of the Scottish Ambulance Service.”

A Police Scotland statement said: “We were made aware of an explosion involving a gas canister at a food stall in St Enoch Square in Glasgow around 11am on Monday, December 5.

“Emergency services are currently at the scene and the area has been closed off while work is ongoing to establish the full circumstances.

“The incident is not being treated as suspicious.”

A Scottish Ambulance Service spokesperson said: “We received a call at 11am to attend an incident at St Enoch Square, Glasgow.

“We dispatched two ambulances to the scene and two patients were conveyed to the Glasgow Royal Infirmary.”