Emergency services attended the incident on the A70 in Ayrshire. 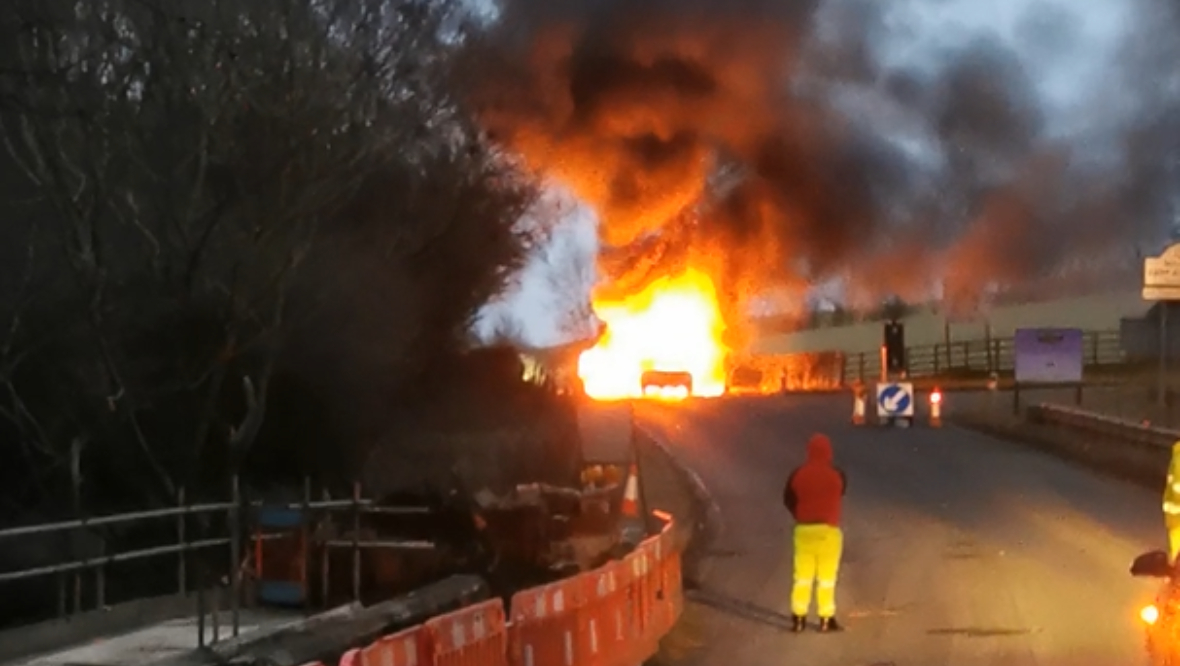 Two cars crashed and then erupted in flames blocking a road in Ayrshire.

Emergency services attended the incident between Coylton and Coalhall on the A70 shortly after 6pm on Wednesday.

The crash was initially reported to police but the vehicles then caught fire. No injuries have been reported.

A Police Scotland spokesperson said: “Around 6.05pm on Wednesday, March 3, we received a report of a crash involving two cars on the A70 between Coylton and Coalhall.

“There were no reports of any injuries.”

A Scottish Fire and Rescue Service spokesperson said: “We were alerted at 6.06pm pm on Wednesday, March 3, to reports of a vehicle on fire at Coylton, South Ayrshire.

“Crews extinguished the flames and left after ensuring the area was made safe.