Connor Fyfe sold out one of Glasgow's most iconic venues aged just 14. 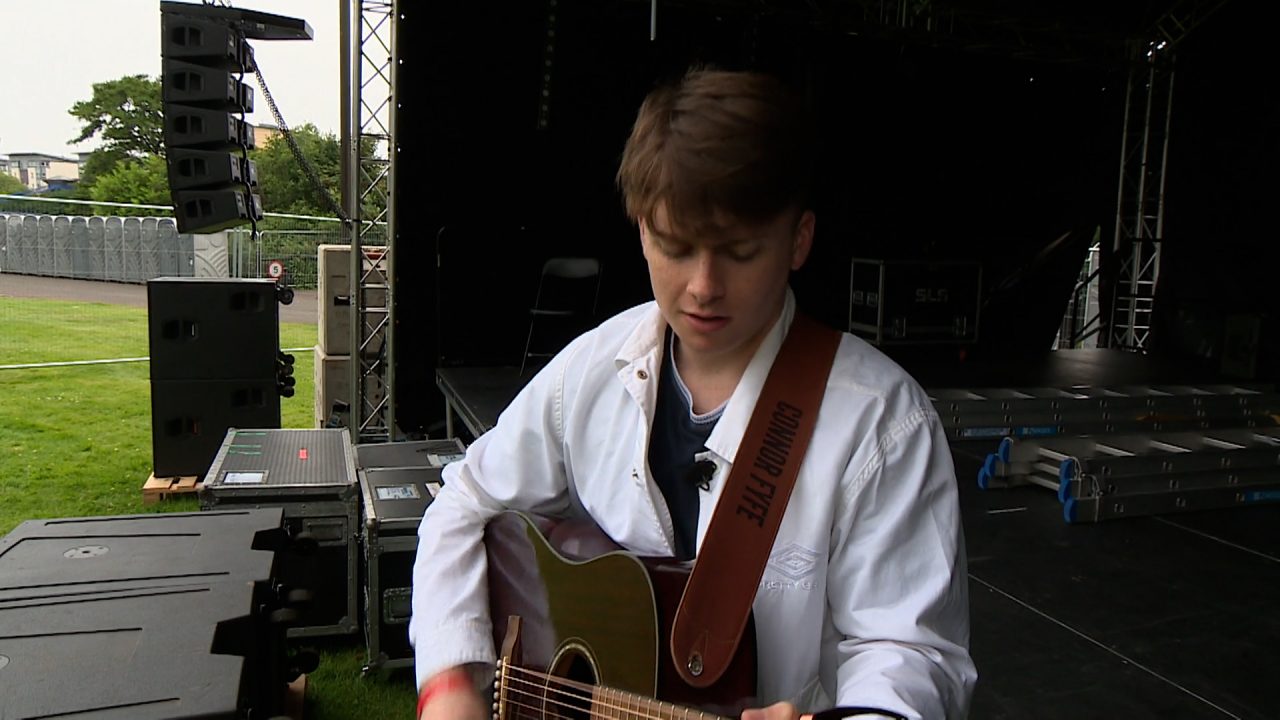 The 15-year-old was being driven home from a gig in December 2021 when he received an email inviting him to play at TRNSMT.

Thousands of music fans will flock to Glasgow Green for the three-day extravaganza, which begins on Friday, featuring The Strokes and Sam Fender.

Connor will take to the River Stage on Sunday and described the booking as “a big highlight”.

“It’s always been a dream,” he told STV News. “Seeing videos of [TRNSMT precursor] T in the Park, you think ‘I would love to play a festival of that scale’, so it’s going to be a highlight.”

Aged just 14, Connor became the youngest ever singer to sell out the iconic King Tut’s Wah Wah Hut in Glasgow, three years after launching his career there by performing cover versions of hits by TRNSMT headliners Paolo Nutini and Lewis Capaldi.

The Bellshill boy had actually bought tickets for the TRNSMT weekend before he was added to the bill – and can’t wait to see Nutini take the stage.

However, he’s set for a better vantage point than previously planned after festival director Geoff Ellis upgraded his standard tickets to VIP entry.

“I think he will be very welcome in the VIP area as our guest on Sunday,” Mr Ellis told STV News.

After his TRNSMT show around 5pm on Sunday, Connor’s attention will turn to slots at the HebCelt and Belladrum festivals.