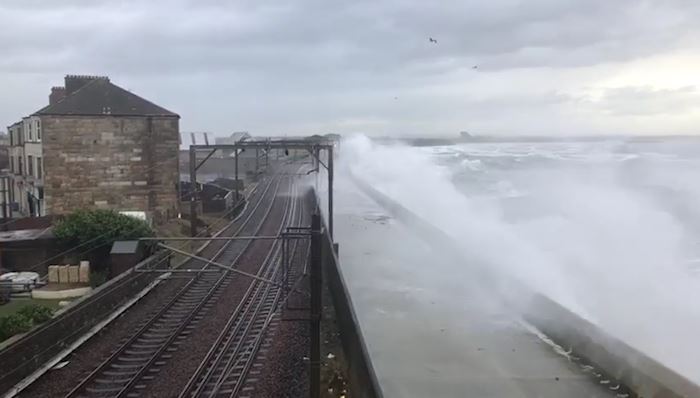 Trains have been cancelled in North Ayrshire after high winds and sea spray caused overhead electric wires to trip.

An eyewitness reported “bangs and flashes” from power lines in the Saltcoats area, with travel disruption between Kilwinning and Largs/Ardrossan Harbour expected until 7pm.

Train services from Glasgow Central heading towards Largs and Ardrossan Harbour will be terminated and started back from Kilwinning.

A ScotRails statement said: “Due to severe weather between Stevenston and Ardrossan South Beach, train services from Glasgow Central heading towards Ardrossan Harbour and Largs will be terminated and started back from Kilwinning.”

Buses have been requested to run instead of cancelled trains.

Network Rail said the disruption was down to “high winds and sea spray causing the overhead electric wires to trip”.