Firefighters are tackling the blaze in Pollokshields which was reported on Tuesday afternoon. 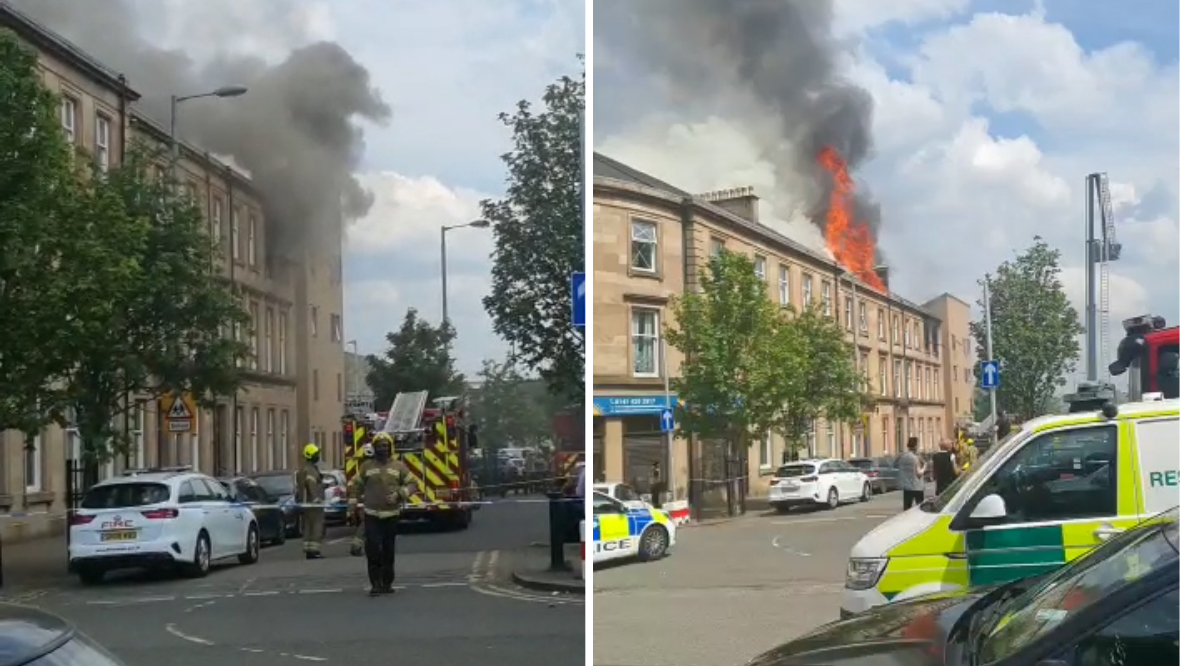 A top floor flat in a tenement block in Glasgow has been engulfed in flames.

Nine fire engines were dispatched to the three-storey block on McCulloch Street in Pollokshields at around 1.14pm on Tuesday.

Firefighters remain on the scene tackling the blaze with the Scottish Ambulance Service and emergency services colleagues also in attendance.

An aerial platform has been used to fight the flames which could be seen rising through the roof and windows on the rear of the property.

There are no details on injuries available at this stage, Police Scotland confirmed.

Residents, including entire families, had to be evacuated. The Bowling Green, a local community hub, is providing shelter for them.

The Pollokshields Trust project posted to say it has 15 families displaced by the blaze with nothing by the clothes on their backs.

There has been two major fires in properties in the area in the last two years. A blaze on nearby Albert Drive, on the junction with Kenmure Street, on November 10, 2019, destroyed a 143-year-old tenement with a minimarket in the ground floor.

On April 1, last year, a fire gutted the building opposite on Kenmure Street.

A spokesperson for the Scottish Fire and Rescue Service said: “We are currently in attendance alongside emergency service partners at a fire at a three-storey block of flats on McCulloch Street, Glasgow.

“Operations Control mobilised nine fire appliances and further specialist units including an aerial platform ladder to the scene after the alarm was raised at 1.14pm on Tuesday, June 1.”

A Police Scotland spokesperson said: “Around 1.30pm on Tuesday, June 1, police were called to a fire at a flat in Lincluden Path, Glasgow.

“Emergency services are in attendance and a number of properties have been evacuated. Local road closures are in place and enquiries are continuing.”