Glasgow City Council said 32 roads have been closed off for the processions and are expected to reopen at 3pm. 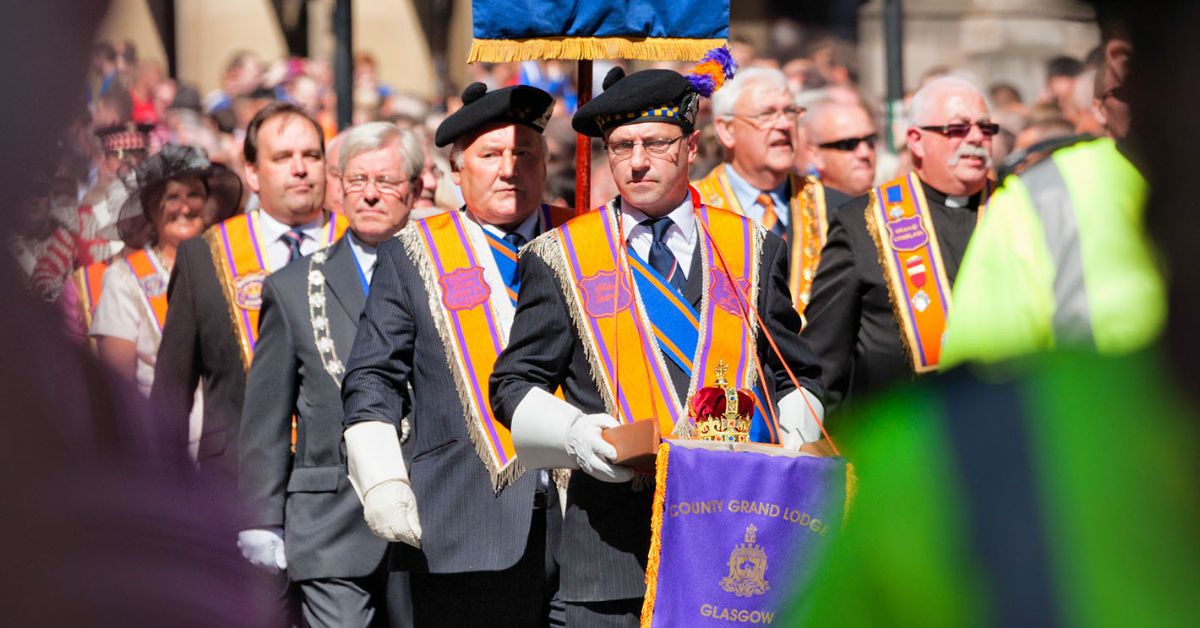 Thousands of people have taken to the streets of Glasgow to take part in Orange Order processions.

About 5000 people are expected to attend the parades on Saturday.

Police Scotland confirmed up to 800 officers have been deployed to manage the event.

Glasgow City Council said 32 roads in the city have been closed off for the processions, and are expected to reopen at about 3pm.

This year marks the 200th anniversary of Orange parades in the city and follows the cancellation of the biggest annual event, commemorating the Battle of the Boyne, the last two years.

Earlier this week, Glasgow’s police chief warned the force will not tolerate “offensive behaviour, including hate crimes, drunkenness and disorder” and urged the “large majority” who behave in the “right way” to influence those around them.

More than 5000 people took part in the marches on Saturday which saw members of local groups converge at Glasgow Green.

‘We are asking all those attending the County Grand Orange Lodge of Glasgow processions, either as a participant or supporter, to do so safely, responsibly and respectfully.’

The marches were accompanied by a large policing operation working to “reduce disruption to the wider community”.

Ahead of the marches, chief superintendent Mark Sutherland, divisional commander of Greater Glasgow Police Division, said: “We will however not tolerate offensive behaviour, including hate crimes, drunkenness and disorder and such behaviours, will be dealt with swiftly and proportionately.

“Where this is not possible during the event we will launch follow-up investigations as necessary.”

Chief superintendent Sutherland said Police Scotland was aware of the protests at particular locations the processions will pass.

He said: “We continue to work with these groups to ensure their rights are protected and would again urge everyone to show tolerance, and respect the rights of others.”

Call It Out a campaign group against anti-Catholic bigotry, said it objected to a small number of routes which pass churches.

Members held protests in opposition to the marches at sites along certain routes.

Ahead of Saturday a Call It Out spokesperson said: “Call it Out will organise peaceful vigils outside all Catholic Churches affected…”

‘We look forward to the pageantry, the colour and music and welcome the supporters of the Loyal Orange Institution who turn out to watch and enjoy the spectacle.’

Spokesperson for the Grand Orange Lodge of Scotland

The city’s police boss said the force was a “rights-based organisation” that put a commitment to upholding human rights at its heart.

He said: “This means we are committed to supporting the human rights of individuals and groups who wish to assemble, balanced against the rights of the wider community and ensuring the safety of everyone involved.

A statement from the Grand Orange Lodge of Scotland said: “The grand master Jim McHarg and Grand Lodge executive officers congratulate the County Grand Lodge of Glasgow on reaching the 200th anniversary of Orange parades in Glasgow.

“Jim McHarg stated he looks forward to a peaceful and successful parade as Glasgow’s Orange family celebrate their heritage and culture.

“We look forward to the pageantry, the colour and music and welcome the supporters of the Loyal Orange Institution who turn out to watch and enjoy the spectacle.

“Our message to everyone is keep safe and enjoy your day.”