A group of mothers have banded together to send essentials worth more than £2m to parents fleeing the war. 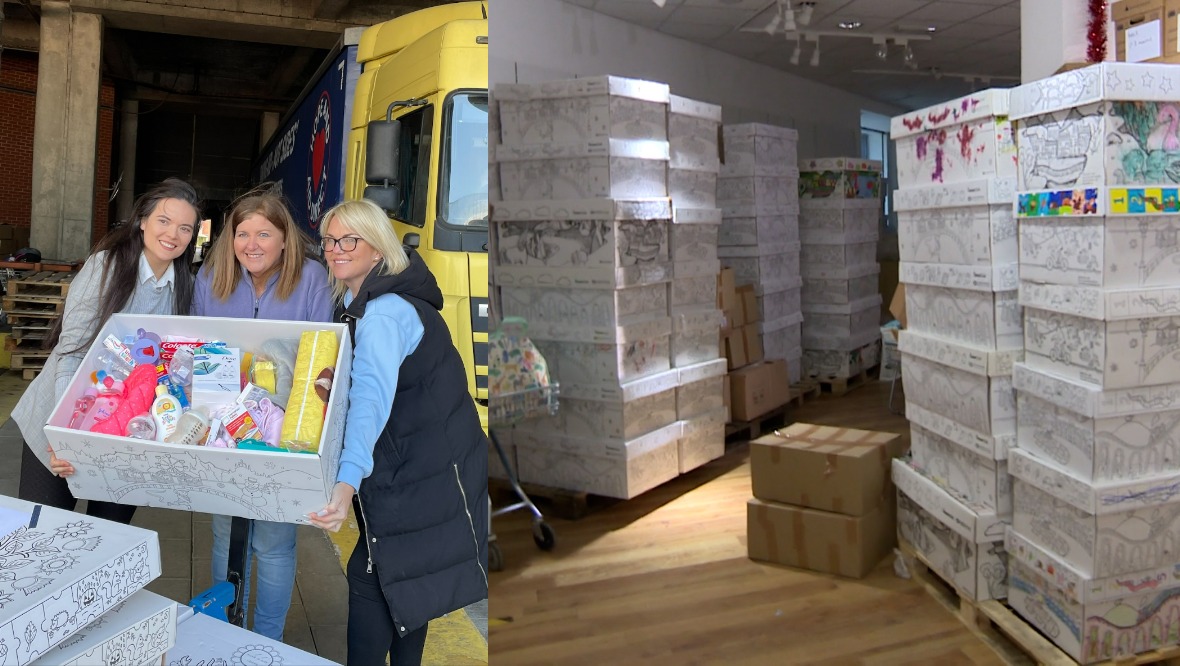 Inspired by the footage of parents fleeing their homes in Ukraine, a group of mums have banded together to collect baby boxes filled with essentials worth more than £2m to send to the Ukrainian border.

The group, called Scottish Preloved Baby Box, have received no Government funding and has grown purely from kindness in communities across the country.

Now with dozens of drop off points across Scotland and a unit at Glasgow’s Forge Shopping Centre piled high with boxes, the team have sent their first lorry load to the Romanian border with Ukraine.

Strollers and travel cots are a luxury not afforded to parents desperately escaping Russian attacks, so the boxes are perfect size for a cot to allow a baby to sleep in.

The first delivery, sent on Tuesday by the team, contains specific items that organisations on the front line of the refugee crisis have requested with each box containing the exact same.

The appeal started from a Facebook post by Jackie Crawford, just over a week ago, after being moved by a news report of a baby being born in an underground bomb shelter.

Ms Crawford, from Airdrie, doesn’t describe the group as an organisation despite the size of the operation, she said it’s a movement.

She told STV News: “Never in a million years did I think posting that this would have happened, because what you’re seeing here is only part of it, I don’t even know how many drop off points we have throughout Scotland now.”

Vans with donations have arrived from all over the country, some from Inverness and even one load coming over on the ferry from the Isle of Barra.

Ms Crawford told STV News of one woman who went to the extent of dropping off her baby box in a shopping trolley at one of their Livingston drop off points. She said: “Obviously the mum has no transport, but they know how desperate we’ve been for these boxes.  And no doubt that mum has a baby too.”

A lot of the women are volunteering, dedicating their time, in between their own work and commitments.

Christine Brown runs the social media page which now has more than 5500 members, she said: “As a mum, as a human, it’s the only thing you can think of.

“What would we expect from another country?

“You’ve just got to put yourself in the position of a parent.”

The group were in touch with a humanitarian aid NGO, Hope and Aid Direct, who will deliver the items to another organisation in Romania.