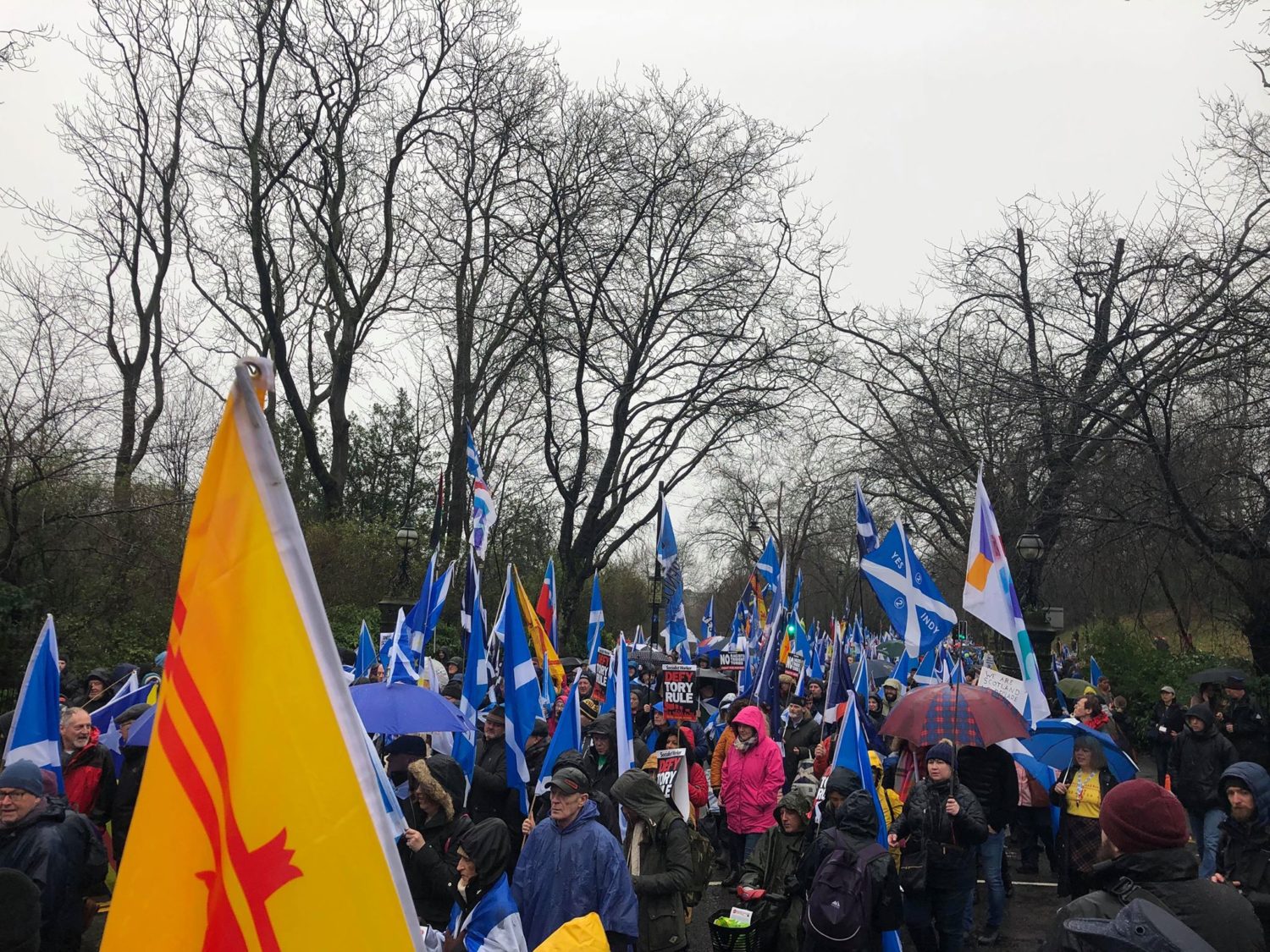 An estimated 80,000 Scottish independence supporters braved the wind and rain to march through Glasgow and demand IndyRef2.

The All Under One Banner (AUOB) march began in Kelvingrove Park and processed through the city centre towards Glasgow Green.

A rally that was set to take place after the march has been cancelled due to poor weather conditions.

But independence supporters from across the country withstood the rain and wind to gather in Glasgow, despite widespread disruption to train and road networks.

Organisers say 80,000 independence supporters took part, down from the 100,000 predicted by Glasgow City Council ahead of the event

Police had earlier warned of “significant disruption and temporary road closures” as a result of the march.

Marchers carried saltires, EU flags and Yes banners as they walked through the city to the sound of drummers.

Ahead of the event, First Minister Nicola Sturgeon tweeted: “Good luck to everyone marching for independence in Glasgow today – hope the weather isn’t too bad!

“Sorry I can’t be there today, but look forward to seeing you all again soon. In the meantime, sending my support and best wishes.”

In December, the First Minister wrote to Boris Johnson calling for a Section 30 order which would grant Holyrood the power to hold a second vote on Scottish independence.

But so far the PM has refused to budge on the issue and continues to insist there will be no vote during his time in number 10.

Similar marches have been arranged throughout the year, with the next set to take place in Arbroath in April.