Francie Conn, 65, is recovering at home after spending more than 30 days on a ventilator. 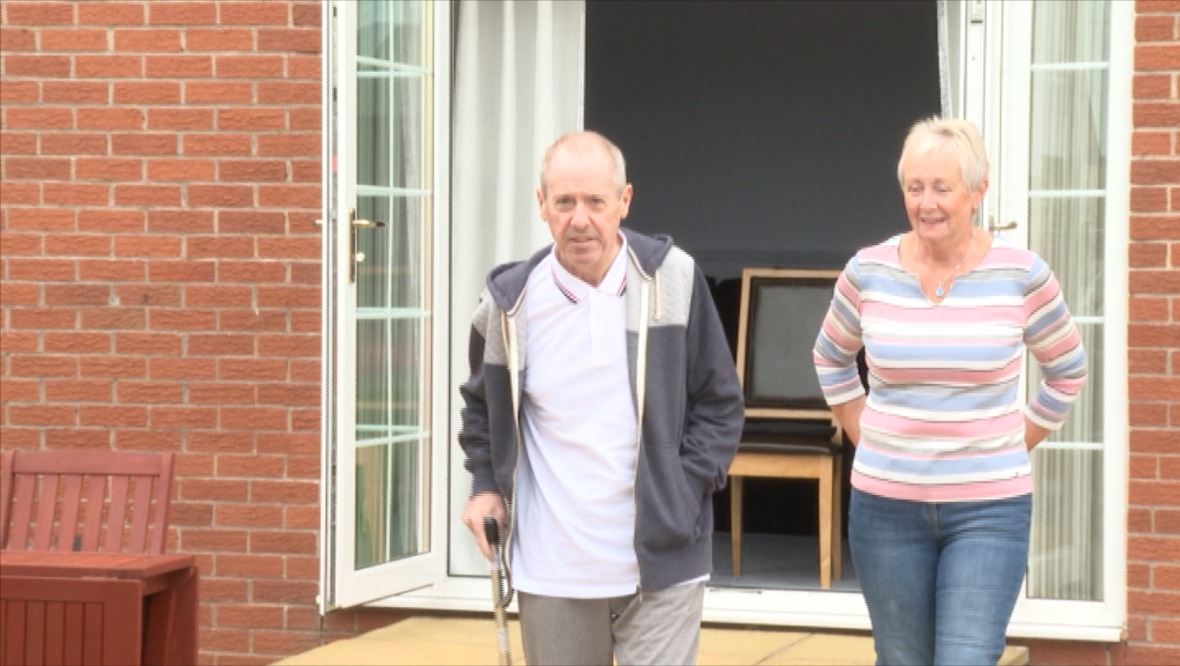 Francie Conn will never forget the dedication of the nurses and doctors who cared for him as he battled for his life with coronavirus.

The 65-year-old is now recovering at home after spending more than 30 days on a ventilator in the intensive care unit of Crosshouse Hospital in Kilmarnock.

He is slowly rebuilding his strength and enjoying being around his family again, two months after contracting Covid-19 and being admitted to hospital.

While in the induced coma, doctors phoned his family to say he might not make it after Mr Conn contracted a bacteria infection in his lungs.

He was put on dialysis when his kidneys became unresponsive but,
against all the odds, he was brought out of the coma 17 days later.

“The nurses, they’re terrific, you know, you can hear them talking to you when you’re just coming round, and they’re stroking your hand, stroking the side of your face, and I took comfort from that,” said Mr Conn.

“I lost over two stone, so that’s muscle waste, so I’ve really got to put that back on because I am quite weak, even lifting things, because my hands are weak. But to me these are little things compared to what it could be,” he added.

Mr Conn doesn’t have any underlying health conditions and was fit at the time – something doctors say may have helped save his life.

“They reckoned that, possibly, if I had anything other than that I may not have survived, so I just thank my lucky stars that I’ve been given a second chance in life.

“I’ll never forget the dedication and the professionalism of the doctors and nurses, particularly in the ICU; I mean they saved my life,” he said.