The superfan who won’t shut up while Scotland play

Father and son can't wait to belt out Flower of Scotland when the Euros get underway. 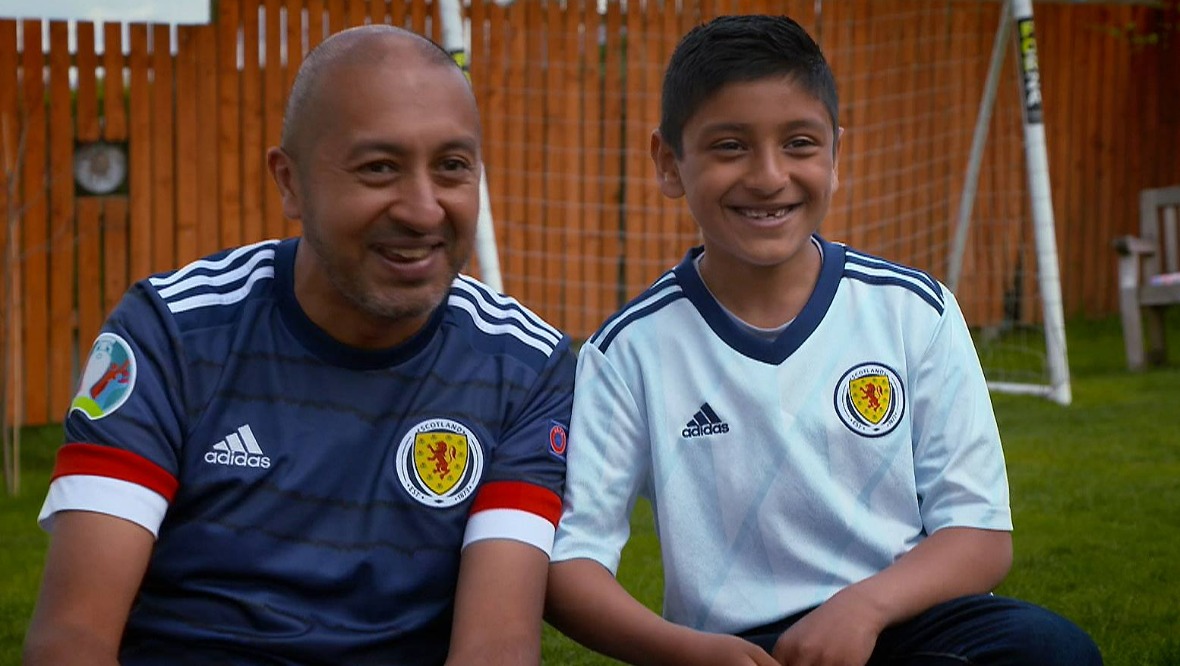 Amar Sagoo was stunned into silence the first time he watched Scotland play – but the young superfan soon found his voice.

The ten-year-old now commentates on matches while watching with his dad Balvinder.

“He just stood and watched the whole game and quietly observed everything,” Balvinder said, remembering their first live match together.

“But every game thereafter, he doesn’t shut up – he commentates non-stop throughout the game.”

The father and son from East Dunbartonshire can’t wait for the action to get underway at the Euros after the Scots qualified for their first tournament since 1998.

Amar has been a huge Scotland fan since watching the 6-1 win over Gibraltar at Hampden in March 2015.

Even before then, however, he was destined to fall in love with the national sport.

“My dad told me my first word when I was a baby was ‘ball’,” the schoolboy told Euro 2020 preview show Scotland: We Can Boogie, streaming now on the STV Player.

“It became a big part of my life when I went to my first Scotland game against Gibraltar.

“The atmosphere made me fall in love with the game even more.”

Scotland face group games against Czech Republic, England and Croatia over the next couple of weeks – and just one win might be enough to reach the knockout rounds.

But whatever the results, it’s the prospect of returning to live football after Covid restrictions that means the most to the superfans.

“Regardless of whether we win, lose or draw, we’re going to be so happy to be back in our seats and singing Flower of Scotland,” Balvinder said.