The day 300,000 saw the Pope give mass in Bellahouston Park

Scotland welcomed a serving Pope for the first time on this day in 1982. 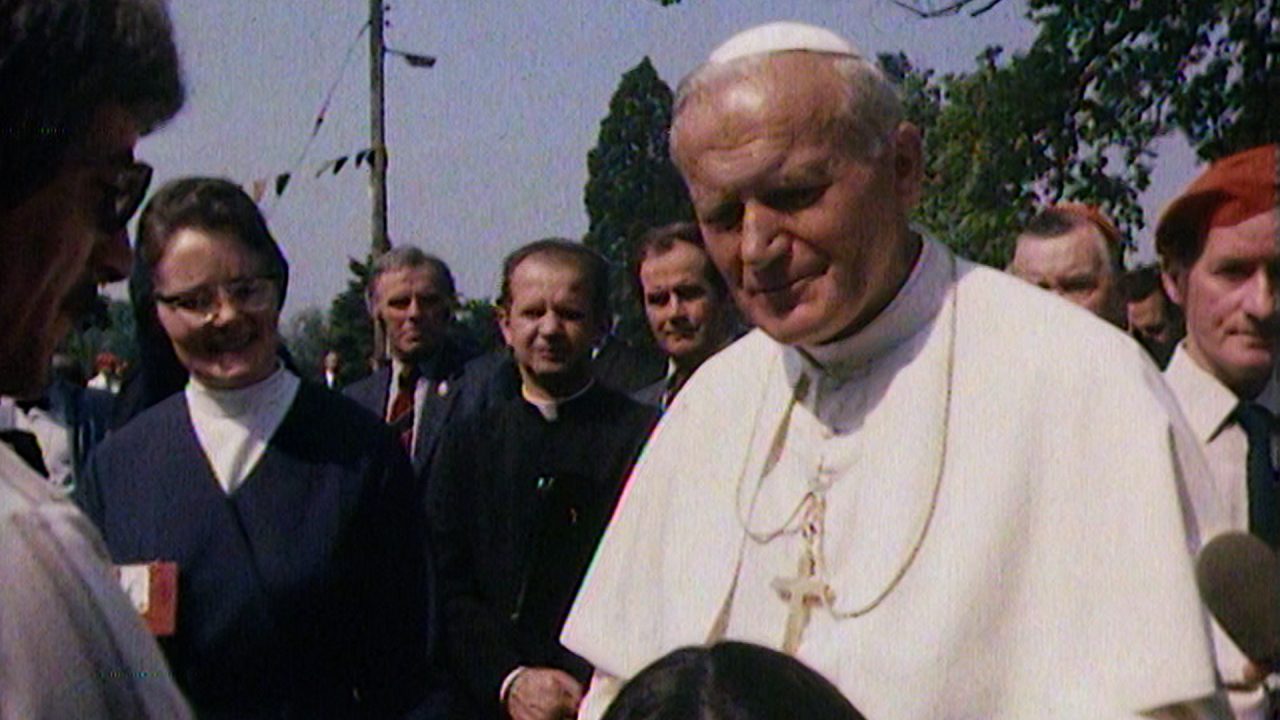 On this day in 1982, Scotland welcomed a serving Pope for the first time.

Around 300,000 people gathered in Bellahouston Park in the scorching heat for a much-anticipated Papal Mass celebrated by John Paul II, believed to be the largest crowd ever to assemble in Scotland.

The £7m pilgrimage to the UK – funded by the Catholic Church – saw the Pope visit nine cities and deliver 16 addresses, including a meeting with Queen Elizabeth II, the Supreme Governor of the Church of England and a joint service with the Archbishop of Canterbury.

He touched down at Gatwick Airport on May 28, 1982, kissing the tarmac upon his arrival as more than 3,500 children greeted him in song.

During his stay in Scotland, the Pope visited seven venues and addressed hundreds of thousands. He spoke in front of 45,000 children at Murrayfield, met patients at St Joseph’s Hospital in Rosewell and attended the former priests’ training facility at St Andrew’s College in Glasgow.

He was whisked by helicopter to the city’s southside for the open-air Mass, where the crowds waited patiently on the hottest day of the year. The worshippers were guarded by 7,000 stewards and 6,000 police; security was tight after an attempt on John Paul II’s life in St Peter’s Square the previous year.

As the temperature soared, dozens of people were treated for dehydration and heatstroke. More than 1,000 priests delivered communion as a thousand-strong choir sang hymns through the blistering heat.

It was hard to get a word in edgeways for the pontiff as the congregation applauded him continuously for seven minutes.

He preached: “As believers, we are constantly exposed to pressures by modern society which would compel us to conform to the standards of this secular age, substitute new proprieties, restrict our aspirations at risk of compromising our Christian conscience.”

His final words that day were: “And for your dearly beloved Scottish homeland I wish to adapt and make my own the words familiar to many of you. ‘Lord, let Scotland flourish through the preaching of Thy word and the praising of Thy name!’.”

The Pope was presented with gifts during the service, including a pipe banner with his coat of arms, a piece of Caithness glass, a firkin of whisky and a Scotland football top.

The record-breaking event was followed by a state visit to the UK by Pope Benedict XVI in 2010, whose Mass drew 70,000 – far less than the 100,000 it was originally hoped would flock to Bellahouston Park.