The six-time Wimbledon winner will be in Glasgow for the Billie Jean King Cup. 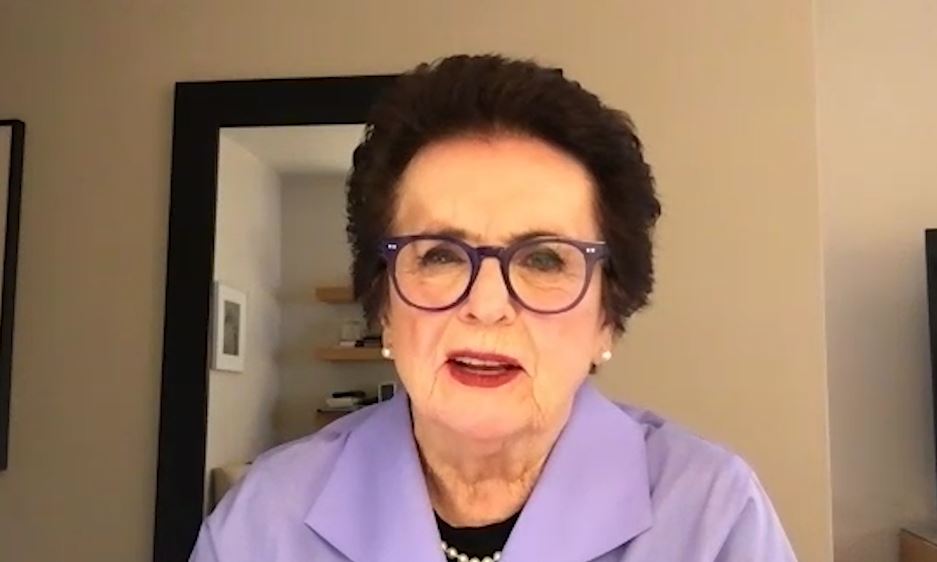 Tennis legend Billie Jean King is excited to visit the “friendliest city in the world” when she comes to Glasgow next week.

The six-time Wimbledon winner will be in the city for the first time for the tournament bearing her name at the Emirates Arena.

In an interview with STV Sport King revealed her Scottish heritage and called praised the country’s people and music.

She also had praise for Andy Murray and said she hopes the Billie Jean King Cup can help inspire a female version of the Dunblane born tennis star.

She said: “I’m very excited. I have a lot of my ancestors from there.

“I’ve never been to Glasgow, so I’m totally stoked. Of course, I love the accent anyway.

“They have a great arena; the people are wonderful.

“You have Judy Murray, you’ve got Andy Murray, Jamie Murray, which is great heritage right there and started things off in a big way.

“But I hope we can celebrate Judy, and the boys, but particularly Judy though, for what she’s done and continues to do at every level of our sport.

“I keep saying we need to get a statue for Judy, because I think we should.

“But, you know, it’s a great opportunity to introduce people to our sport and to be physically there and not just always watching it virtually. So, I’m very excited.

“Also, I’ve read about Glasgow, it’s supposed to be the friendliest city in the world.

“You’ve great with your music, I mean, amazing music there. So, I think it’s amazing. Boy the music that comes out of Scotland, the acapella and all the arts. I can’t wait.

“And I think we’re very privileged to be there in Glasgow and be with the people.

“I hope the people come out support us, no matter what team.

“And maybe some child in the stands will say, you know what, I want to do this. This is for me.”

Britain will take on Kazakhstan and Spain in their opening group games of the Billie Jean King Cup which will be held between November 8 and 13.

Tickets for the Billie Jean King Cup by Gainbridge, taking place at the Emirates Arena in Glasgow between 8-13 November, are available to purchase now at: https://billiejeankingcup.lta.org.uk/content