The two-time champion came back from two sets to one down to defeat Germany’s Oscar Otte in a nail-biting performance. 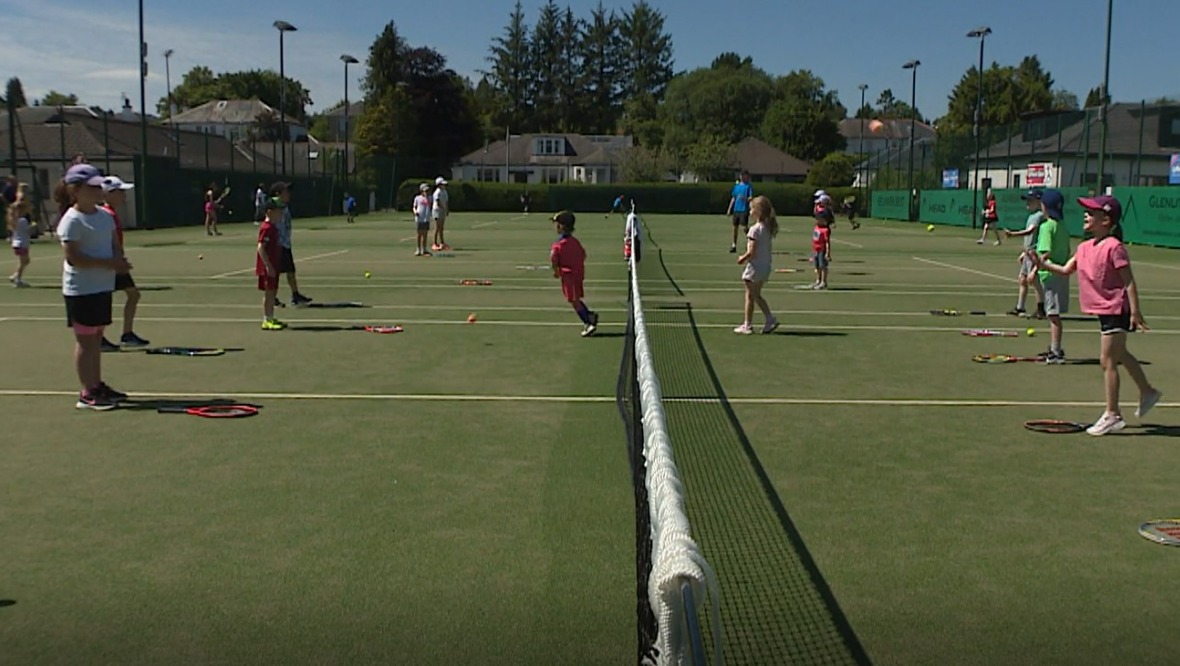 Young Andy Murray fans were kept on the edge of their seats during the tennis champ’s Wimbledon match on Wednesday night.

The two-time champion fought back from two sets to one down to defeat Germany’s Oscar Otte in a nail-biting performance.

STV Sport visited Giffnock Tennis Squash & Hockey Club in East Renfrewshire to find out what the young players thought of the game.

Nikhil Bollapragada said: “I thought it was a really entertaining match because it went to five sets as well.

“And with the crowd as well, the crowd was really good.”

Andrew Brown added: “Yeah, I was at the match last night, so yeah, the crowd was amazing, and Murray got another win, just like Andy does all the time.”

Aryan Sharma said he got “a lot of tingles in my body and butterflies”, while Fraser Whitelaw added that he “got a little bit nervous”.

Olivia Maguire said: “I thought he was moving really well, chasing balls, he didn’t give up.”

Isobel Macintosh added: “I thought he was really good and motivated.

“And even though he lost two sets, he still had all the motivation and he won it in the end, so he was really good.”

Myles Cook said it was “nerve-wracking because he pushed it to five sets”, while Cameron Nugent added: “I thought it was good, but it was close.”

Murray, 34, will face tenth seed Denis Shapovalov on Friday for a place in the fourth round.

The pair have never played before, but it is likely to be another nerve-shredding occasion for Murray’s family and friends, who are all too used to angst-filled evenings on Centre Court.

Murray said: “When I watch back the highlights of the Wimbledon final in 2013, seeing my mum in the crowd and at the end of the match, when I had the match points and then he (Novak Djokovic) came back in that game and stuff, I found that quite difficult to watch, actually.

“To see how hard it was for my mum and my wife. I kind of realised then what it must be like for them. But that was in the most intense of matches and intense of moments. They should be used to it by now.”