Teens with Down's syndrome get on their bikes thanks to charity

Aiden Jaconelli and Sean Craighead became best friends over lockdown while learning how to cycle through Free Wheel North. 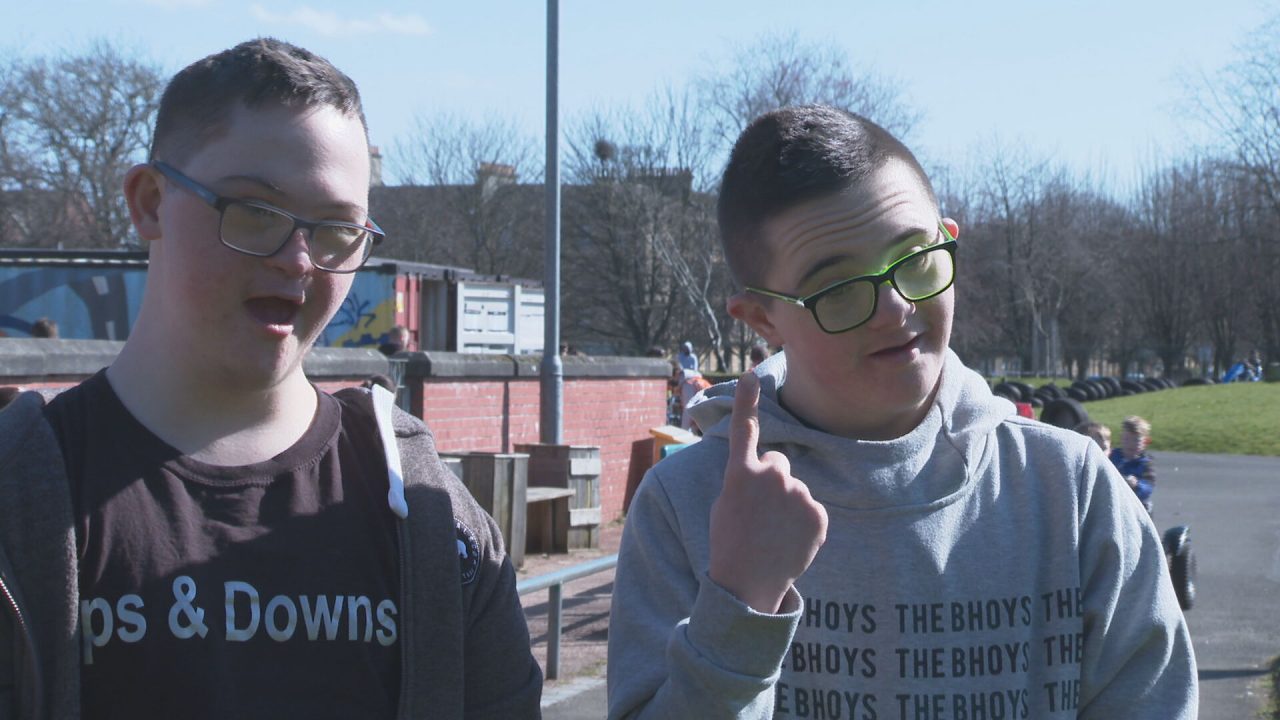 Two teenagers with Down’s syndrome became best friends over lockdown while learning how to ride a bike together through a charity.

Aiden Jaconelli, 17, and Sean Craighead, 14, both began lessons with Free Wheel North during the pandemic when all of their other classes and activities were cancelled.

The organisation in Glasgow Green offers lessons to people of all abilities in the city.

Facing similar challenges, both Aiden and Sean bonded and thanks to a little bit of healthy competition, within a week of each other they were able to cycle on their own.

Margaret Adamson, Aiden’s mum, told STV News: “During lockdown Aiden took to the bikes, it was a hard road in fact.

“We did well on the trike then took the next stage of the bike. But it was challenging, really challenging.

“We had two tutors. We finally got up and riding a bike. It was amazing, my heart was melting that day.”

Sharon Craighead, Sean’s mum, said: “Sean has something called gravitational insecurity, so he can’t raise his feet off the ground.

“His first four lessons were teaching him to get on the bike, never mind cycle.

“Fourteen months later, Aiden and Sean learned to ride a bike within a week of each other.”

“Starting off on a go-kart, moving onto a trike, and then a balance bike, we’ve always got something for people to try.”

Others in the city are being urged to get on the saddle too as part of Love to Ride’s campaign, titled Ride Anywhere Week.

The scheme, which runs from March 21 to March 27, encourages Glaswegians to sign up on the website and get riding with the potential of winning various prizes.

Angus Rodney, business development coordinator at Love to Ride, said: “We are delighted to be bringing Ride Anywhere Week to Glasgow.

“Whether you are new to cycling and looking to gain confidence, wanting to explore new routes, or replace your car journeys, Ride Anywhere Week will support you to get on your bike.

“Glasgow is the perfect city with cycling routes, advocacy organisations, and clubs.”