Teenage paddleboarders rescued after being blown out to sea

A volunteer crew from Largs RNLI sprung into action after the incident was reported to the UK Coastguard. 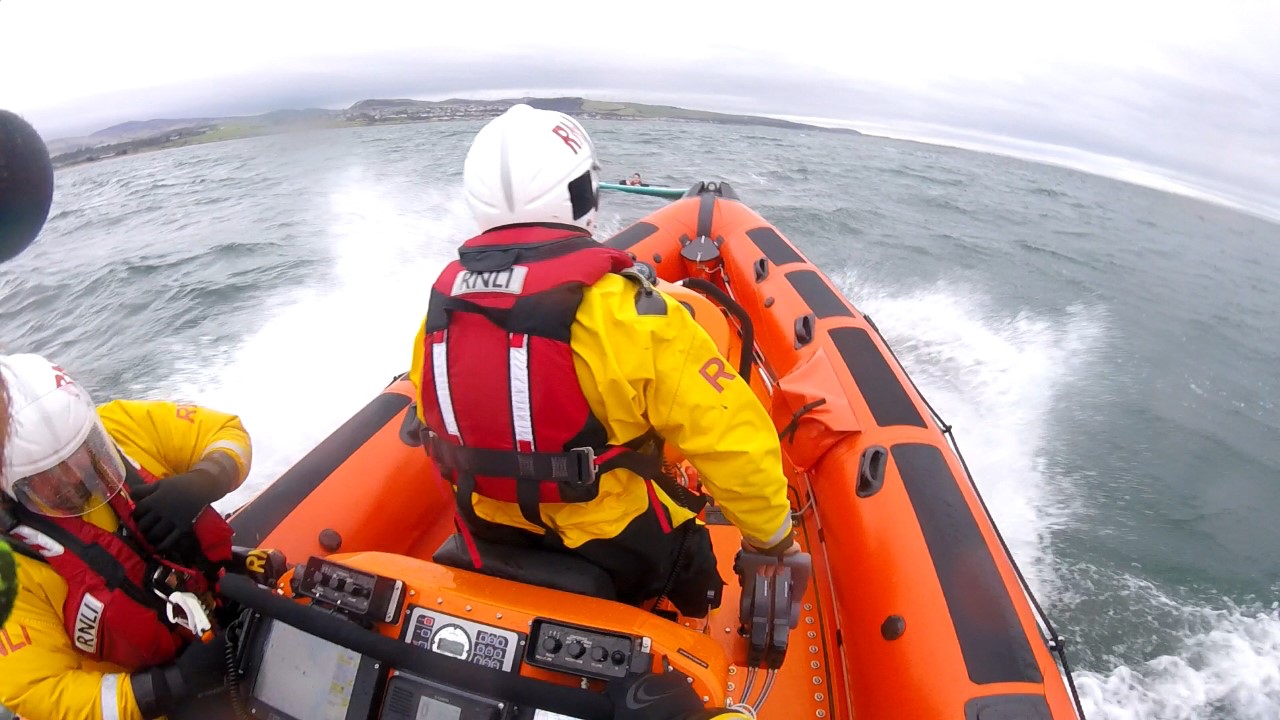 Two teenagers have been rescued after their paddleboards were blown out to sea in Ayrshire.

A volunteer crew from Largs RNLI sprung into action when the incident was reported to the UK Coastguard on Wednesday afternoon.

Members of the public raised the alarm after watching the two paddleboards being blown out by strong winds at Ardneil Bay near Portencross at around 1pm.

After a short passage through challenging conditions, the lifeboat located the first paddleboarder with the help of the Coastguard rescue Helicopter based at Prestwick.

As the lifeboat approached, the crew were quickly directed to his companion, who was now in the water a short distance away, holding on to the paddleboard after it had flipped in the wind.

Both were quickly pulled to safety and taken ashore and passed into the care of the Ardrossan Coastguard Rescue Team.

With both paddleboarders safely ashore, the charity’s lifeboat was released from service and returned to station where it was made ready for the next service call.

Commenting on the rescue, Largs RNLI Helm, Dave Stevens, said: “I would like to extend my thanks to those who dialled 999 and alerted us to the incident.

“If you are going out on paddleboards, it is always advisable to ensure you have full awareness of the wind and weather conditions before you go.

“The swift actions of our volunteers meant that this was a successful outcome. The two were very lucky that people were able to alert the emergency services.”