Ben McCabe has urged anyone thinking about hosting a home display this year to seriously consider the risks first. 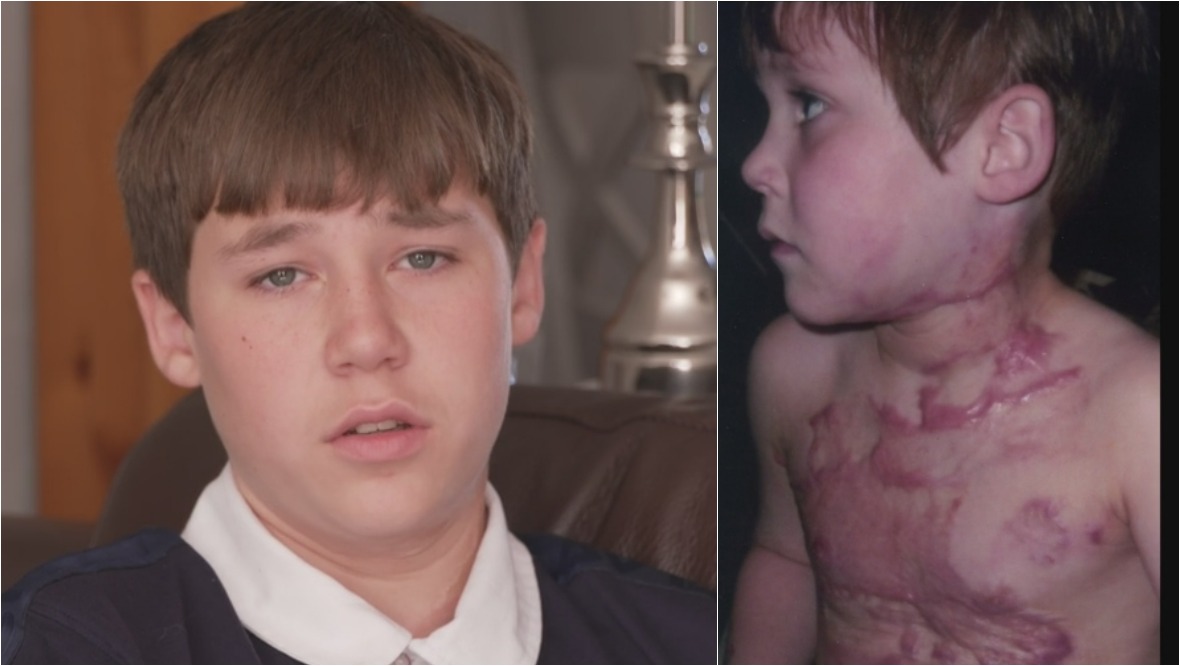 A teenager who was permanently scarred in a freak firework accident is still undergoing surgery ten years on.

Ben McCabe and his mum, Amy, from Cumbernauld, are urging anyone thinking about hosting a home display this year to seriously consider the risks first.

Ben is still receiving treatment – including skin grafts – and expects to continue to do so until at least the age of 21.

Despite living with the consequences Ben has a positive outlook and is keen to share his experience to keep others safe.

He said: “My family followed all the safety advice and I still got injured. My scars don’t define who I am but they do have an impact on my life.

“I’ve had multiple operations with more to come and I need regular treatments to keep my skin supple.”

Ben added: “If you’re thinking about messing about with fireworks then please think again. You’re handling explosives, just because you can buy them in shops doesn’t make them safe. And don’t give into pressure from your pals, it’s not worth the risk.

He also stressed the risks to anyone considering holding their own private event by saying: “If you want to enjoy fireworks this Bonfire Night my advice is go to an organised public event.

“If there isn’t one on, think twice about the risks of having a home display. I’m proof that a few moments of excitement can have a lifetime of consequences.”

Mum, Amy, was at working at Yorkhill Children’s Hospital when she received the call to say Ben had been injured.

She said: “I can’t describe the terror that I felt. A firework had gone straight at him, burning his clothing. There was nothing left of his shirt.

“It was a family display, all the safety rules were followed, I couldn’t believe it was happening to us. But it did happen to us. And it can happen to you.

“Ben has achieved so much despite having had such a traumatic experience. I’m so proud of him. We want to share Ben’s story so other families don’t have to experience what we have. This Bonfire Night please think twice.”

Deputy assistant chief officer (DACO) Alasdair Perry is the Scottish Fire and Rescue Service’s head of prevention and protection said: “I thoroughly commend Ben’s bravery for speaking out about his own experience and thank his mum Amy for her unwavering support in helping us make people aware of the dangers of fireworks.

“We are appealing to the public to attend organised events rather than do-it-yourself bonfires and fireworks displays. Ben and Amy have shown the very real and devastating consequences of fireworks that go wrong, even when the safety advice is followed.”