Neighbours cheered as Kevin McAllister popped the question to Joanne McEvoy outside their East Kilbride home. 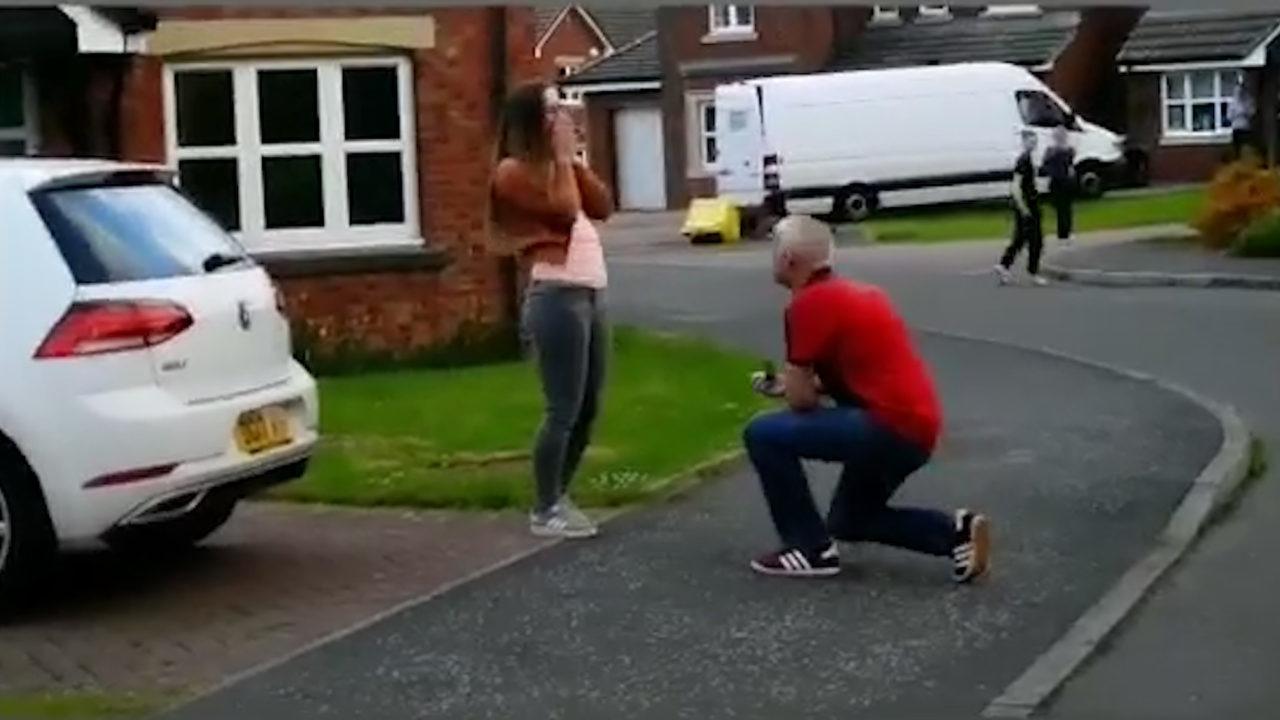 A primary school teacher got her very own round of applause from neighbours when she accepted her boyfriend’s proposal – just moments after the weekly 8pm ‘clap for our carers’ tribute.

Joanne McEvoy, 41, was stunned when Kevin McAllister got down on one knee outside their home in East Kilbride last Thursday.

Ms McEvoy told STV News: “I am completely over the moon. It was a total surprise. We joked weeks ago that if Kevin was to propose it must be a surprise.

“Well it certainly was. After the 8pm Clap for Carers, I thought Kevin had lost his mind as he said he wanted to just go and chat to the neighbours. He stood in the middle of the street and the video says it all.”

Mr McAllister enlisted the help of the couple’s neighbours to plan his big moment. He wrote 10 individual letters asking them to stay out on the street after the weekly applause for key workers.

Ms McEvoy said: “I was the only one who knew nothing. It was so special. I will never forget it.

“We first met in P1 and now that we are engaged it’s a dream come true. I’ve not stopped smiling. We are both so happy,” she added.