Andy Redmond, 73, is a proud member and foot soldier of the Tartan Army and has followed the team all over the world. 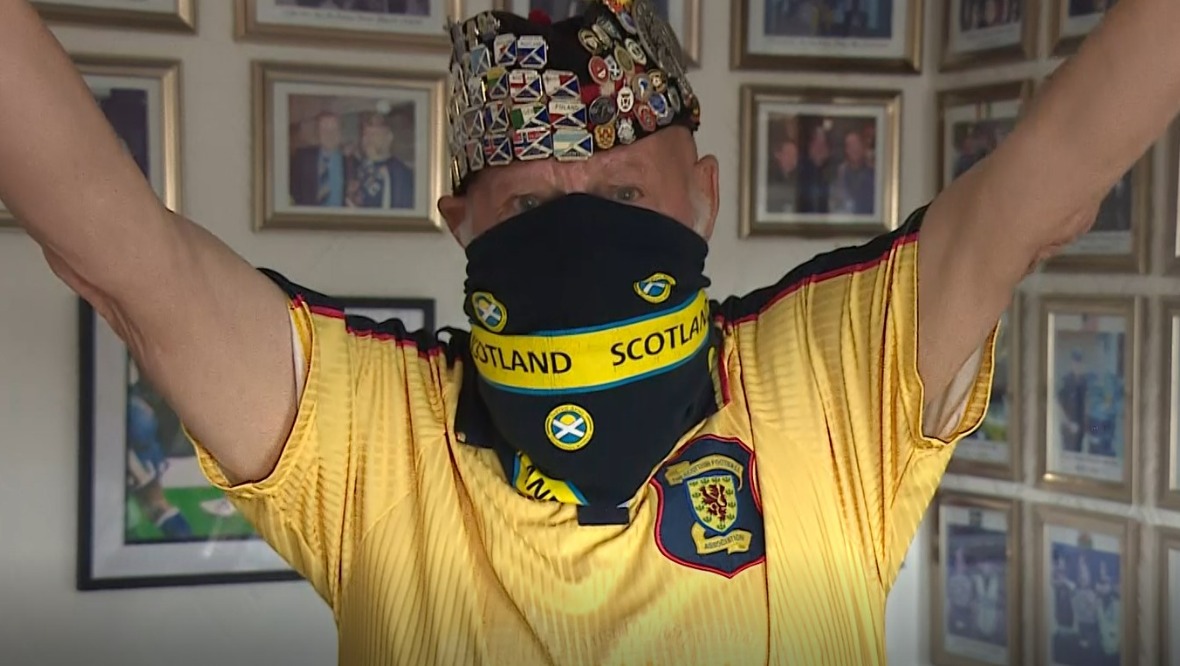 A Scotland superfan who has snapped up tickets to the squad’s Euro 2020 matches says he cannot wait to watch his beloved team live in action.

Andy Redmond, 73, is a proud member and foot soldier of the Tartan Army and has followed the team all over the world.

Mr Redmond, from Motherwell in North Lanarkshire, told STV News: “I don’t mind admitting it, at Scotland games when we have won I’ve had a tear in my eye because it’s been really, really good.

“I’ve also had a tear in my eye in a different way when we haven’t won.”

Known as ‘the walrus’, Mr Redmond has managed to bag tickets for Scotland’s three opening games.

As well as the matches against the Czech Republic and Croatia at Hampden Park, he will also travel to London for the England match at Wembley Stadium.

He said the Euros “means the world”, adding: “Well, the Euros, the worlds will be next. It just means a lot to me.

Mr Redmond joked: “But an advantage might be is that the referee might hear what you’re shouting at him.