Dozens of people gathered to pay their respects to the singer, who died earlier this month aged 81. 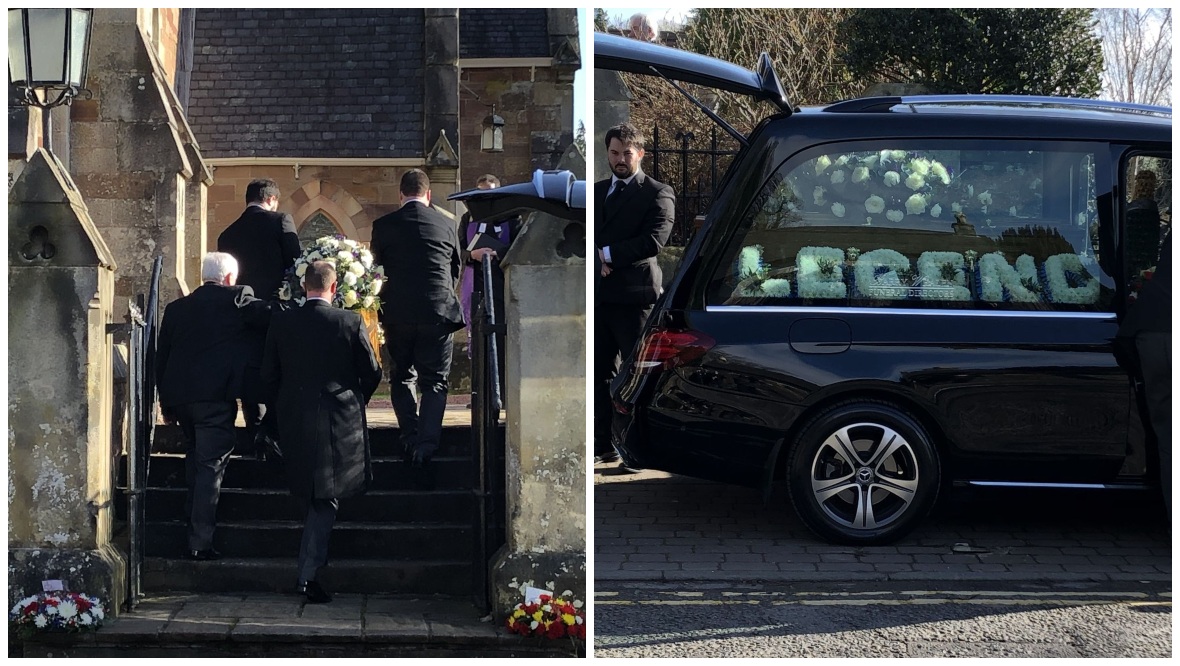 The funeral of Scottish entertainer Sydney Devine has taken place.

Mourners gathered at Alloway Parish Church in Ayrshire on Thursday to pay their respects to the singer, who died earlier this month aged 81.

The funeral cortege then passed by The Gaiety Theatre in Ayr, where dozens of people gathered to offer a final farewell to the star, breaking into applause as the hearse passed by.

One woman who stood to pay her respects said it was “quite a big day for locals”.

The cortege then moved on to Ayr cemetery on Holmstone Road, where he was laid to rest.

Devine was best known for his rendition of ‘Tiny Bubbles’ and had sold millions of records throughout his career.

Tributes poured in following his death, with the First Minister saying Devine was a “true legend” of Scottish entertainment.

Iain Gordon, manager of Glasgow’s Pavilion Theatre where Mr Devine regularly performed, said “he was the ultimate showman and performer”.