Gillian Cooper said getting involved with community groups helped put her on the path to better health. 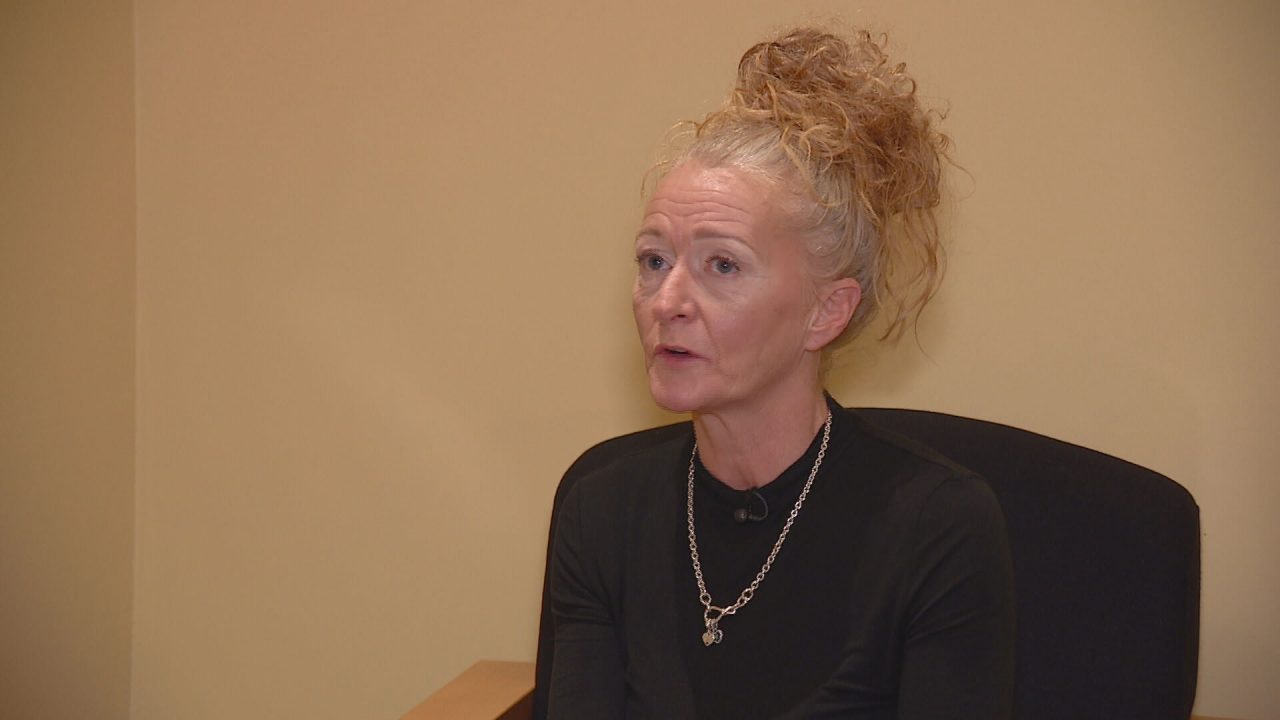 A woman who overcame a 23-year heroin addiction to become a support worker is helping to empower survivors of addiction and abuse.

Gillian Cooper works with a service for women impacted by substance use and gender-based violence at Liber8 in Blantyre, South Lanarkshire.

The 48-year-old from Cambuslang spent years attempting to break the cycle of addiction before relapsing due to trauma.

But she said getting involved with community groups helped put her on the path to better health.

She told STV News: “This time three years ago I was in a psychiatric ward. I never believed that I could change my life after a 23-year addiction to heroin.

“I knew that I didn’t want to die but I didn’t know how I was going to live either.

“I had tried every avenue to get clean and then I started learning about my addiction, educating myself about why I was relapsing. Every time there was a trauma or something happened in my life, I would pick substances back up so it was educating myself that really worked for me.”

She explained that there is a barrier to seeking help for many women affected by addiction or domestic violence.

“Often women have a fear of social work getting involved and that can be a big barrier for women getting into recovery and seeking help for issues they face in the home. It’s absolutely terrifying, especially if there are children involved.

“It’s all relatively new and the place is buzzing. It is such a great way for women to break away from domestic abuse or to be empowered to make changes for themselves.”

Saoirse is a women’s group that is jointly run by the Women’s Aid South Lanarkshire and East Renfrewshire alongside counselling organisation Liber8, based in the Blantyre Beacons.

The charity has benefited from the Scottish Government’s Delivering Equally Safe fund, which has supported nearly 20,000 survivors and helped 121 projects in its first six months.

These projects give one-to-one emotional and practical support, as well as refuge, legal or financial advice and other services.

Liber8 Chief Executive Margaret Halbert said the group has made a “significant impact” in the five months it has been running.

She told STV News they have a person-centred approach to better help service users.

“We tailor the service to what it is that the woman needs. It could be safety planning, safe and secure housing, one-to-one support and counselling.

“The most important thing is that the women come through the one door and they don’t have to be re-referred to another service.”

Ms Halbert said the rising cost of living is a “big concern” in the sector and they are examining ways to help women with transport and fuel costs.

“What we don’t need is further disruption in family life as this could mean an increase in danger for women who live in abusive relationships.

“We have to be able to do what we can in terms of providing additional support to make sure that their home lives aren’t more disrupted than it currently is.”

Heather Russell, CEO Womens Aid South Lanarkshire & East Renfrewshire said: “Its about making sure the level of trust is there for women to be able to engage with us in the way that they deserve.

“As a new project its lifted off really quickly. Our support workers are working with robust caseloads already and we have only been going five months.

“The feedback that we get from women is that this has saved my life, its made sure my family are together and its given us survival techniques.”

Equalities minister Christina McKelvie visited the Saoirse project in Blantyre and said the government’s funding programme has the potential to “make a huge difference” for such groups.

She said: “I’ve been hearing from women that once they came through the door for one thing and built up that trust, they felt safe enough to then express some of the other challenges they were experiencing. Services were then ready to click into place. One woman told me this is her lifeline.

“Saoirse targets the multiple, complex issues that these women may be going through, helping them rebuild their lives.”