Boris Johnson has said the developing world ‘needs to see the cash on the table’ to secure a deal. 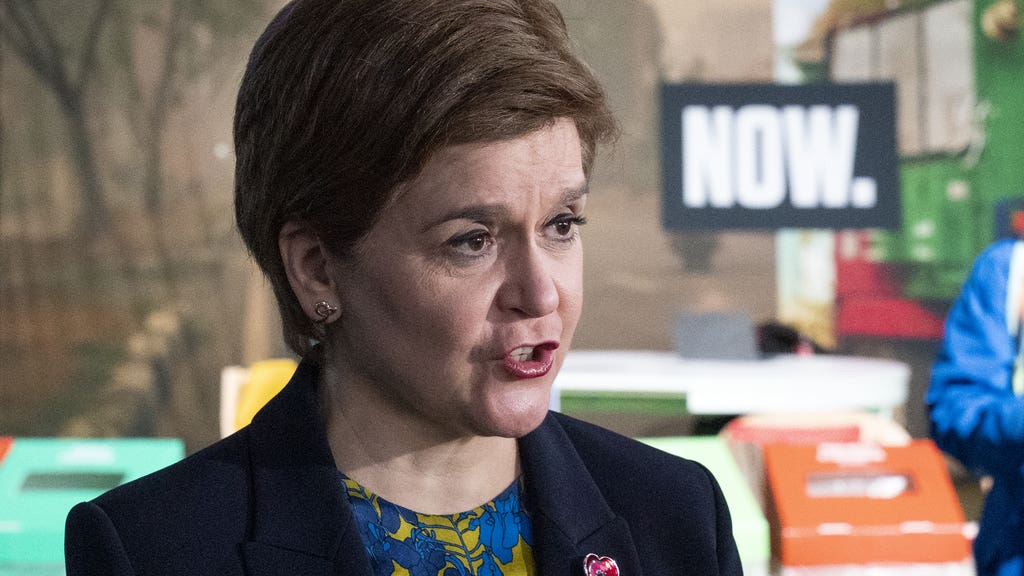 Nicola Sturgeon has told COP26 leaders “don’t fail” as they attempted to negotiate an agreement to tackle the climate emergency.

Scotland’s First Minister insisted a good outcome was possible with “political will, determination and leadership” as talks in Glasgow dragged on beyond the supposed 6pm deadline on Friday evening.

Sturgeon, who is not involved in the talks as a leader of a devolved government, said she believed things were “inching forward in a positive direction”, adding: “I feel slightly more optimistic than I did earlier today.”

At an afternoon plenary, countries set out their views on the latest drafts of the agreements that could be secured at the UN conference, which had been published earlier in the day.

Many developing countries called for more finance for poorer nations to develop cleanly and adapt to the changing climate, and for support for the loss and damage they are facing from rising seas and more extreme weather.

Boris Johnson appeared to back their calls when he said the developing world “needs to see the cash on the table” at the talks to secure a deal.

The First Minister said she wanted negotiators to be able to “look the next generation in the eye” with an agreement that would increase global temperatures by no more than 1.5C and urged them not to leave until a good deal had been achieved.

Asked what her message would be to the negotiators who were locked in talks attempting to reach an agreement, Sturgeon said: “Don’t fail.

“Don’t come out of the negotiating room not being able to look the next generation in the eye.

“With political leadership, there is no excuse for not coming out of this summit – not with climate change resolved, that was never going to happen – but with a clear pathway that means 1.5 degrees is alive as a goal.

“That means serious emissions reductions in this decade and real action on finance because unless we have that you would not meet the 1.5 goal.

“And on loss and damage, a recognition that the rich, industrialised, developed world caused climate change and we have a duty and an obligation to provide financial help to those countries that are suffering a lot from it right now.

“That’s what a good deal looks like and it’s within reach.

“So to the leaders, I would say: stay in that room until you get it and then come out and then let’s all make sure we turn it into action.”

Sturgeon, who on Friday morning had called for Boris Johnson to return to the Glasgow conference, reiterated her message that he should return if talks continue into Saturday.

She said: “In really pivotal moments, when we’re looking for governments to make big shifts in position and concede and compromise and do the right thing, often that needs the head of government to be there in the room, calling the shots and making the judgments.

“That’s true generally, but there is a particular responsibility for the UK Government because the UK holds the presidency of COP.

“Boris Johnson was here earlier in the week. I think that was good but I do wish he’d stayed and certainly been here today.

“If it does go into the weekend, I really think you should consider coming here physically.”

She added: “If we don’t get a decent good positive outcome, the only reason for that will be a lack of political will and leadership and perhaps only because leaders have just not pushed themselves hard enough and tried hard enough and that would be just unacceptable.”

In the Paris Agreement in 2015, countries committed to limit temperature rises to “well below” 2C and try to limit them to 1.5C to avoid the most dangerous impacts of storms, droughts, crop failures, floods and disease.

Scientists have warned that keeping temperature rises to 1.5C requires global emissions to be cut by 45% by 2030, and to zero overall by mid-century.

But despite countries being required to update their action plans, known as nationally determined contributions, for emissions cuts up to 2030 in the run-up to Glasgow, the latest pledges leave the world well off track to meet the goal.

Therefore, countries are under pressure to come up with a deal in Glasgow that will see them rapidly increase their ambition for emission cuts in the 2020s to stop the 1.5C goal slipping out of reach.

The talks are expected to go into Saturday afternoon, with new versions of texts set to be published in the morning and countries due to come back to another meeting later in the day.