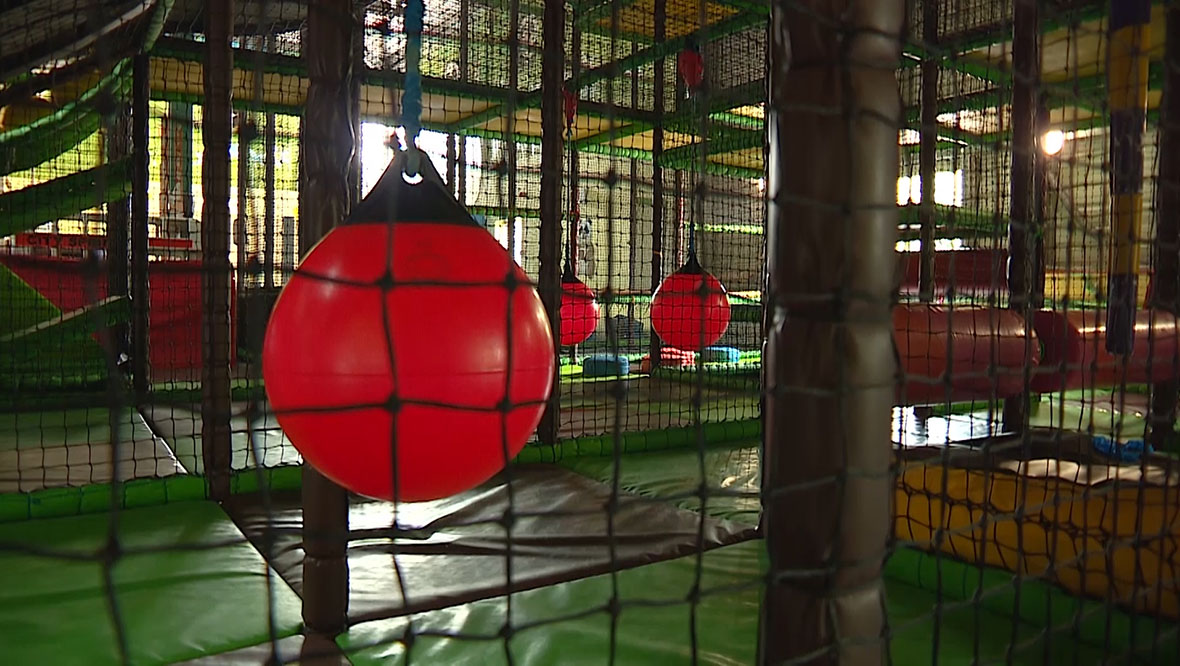 By Louise Scott and Kevin Scott

Soft play owners in areas of Scotland being kept under level two restrictions have called on the Scottish Government to provide additional funding to help their struggling businesses.

Soft play centres are only permitted to reopen in local authorities that have moved to level one, but 13 council areas are being kept at level two for longer than initially planned due to rising Covid cases.

They will be joined by Glasgow from midnight on Friday.

“And I’ve done it now for 440 days, it’s a disgrace. I honestly don’t know how much more I can keep going and not knowing from week-to-week or month-to-month when I’m actually going to get back to work again.

“It makes absolutely no sense, it almost makes a mockery of the decisions that are being made when such a simple thing for us, for children to mix together – children on the whole are safe, the majority of people who bring children to us are vaccinated at least once, if not twice.

“Why is it not safe? Why is it safe that I could take my child to soft play in the rest of the UK just now but I can’t do it in Scotland?”

Last October, it was announced that grants worth up to £50,000 were being made available to nightclubs and soft play centres that have been closed by law since March, 2020.

The one-off payments were made available to businesses in both sectors through the Scottish Government’s Covid-19 contingency fund.

But the Scottish Chamber of Commerce has now called on the Scottish Government to provide more funding to businesses that are in areas under tighter restrictions.

Chief executive Liz Cameron said: “Today’s decision will be a great relief for some and disappointing for others. While some areas will be able to take advantage of further re-opening, other areas have hit another roadblock.

“Where restrictions have been extended, the Scottish Government must provide adequate and targeted financial support for businesses directly affected by today’s announcement.”

Scotland currently has the highest rate of new cases of Covid-19 of the four nations of the UK.

It had been hoped that most of Scotland would be able to move to level one next week as previously indicated but the First Minister’s announcement means many businesses in some areas will not be able to reopen as planned.

Soft play centres can reopen in 15 council areas being moved into level one on Saturday – those being Highland, Argyll and Bute, Moray, Aberdeen, Aberdeenshire, Angus, Perth and Kinross, Inverclyde, West Dunbartonshire, Falkirk, Fife, West Lothian, East Lothian, the Borders and Dumfries and Galloway.

Jennifer McNaughton, manager at Pandamonium play centre in Erskine, said her soft play was all geared up to reopen next week and described Tuesday’s announcement as like a ‘knife through the heart’ as Renfrewshire is being kept in level two.

She said: “What have we to work for? Can somebody just tell us why soft plays can’t open, can somebody give us hope, can the Scottish Government come and speak to us, come and sit in a soft play centre, can they justify why certain things very similar to us are opened and we’re not.”

“The case numbers up until two weeks ago were going down in Renfrewshire, so for them to just go up all of a sudden when we’ve got all our bookings, we’re completely geared up to open on Monday, is just like a knife through the heart.”

Andrew McRae, Scotland policy chairman at the Federation of Small Businesses, also warned many local operators could face “the final straw” while grappling with trading restrictions as the furlough scheme is gradually withdrawn from July.

He said: “Glasgow and large swathes of Scotland will be pleased to hear that some restrictions are to be lifted.

“But firms and communities in the rest of the country will be frustrated that progress has stalled. We’ve gone from lockdown to slowdown, and patience and cash reserves are in short supply.

“From the start of July, the furlough scheme will begin to get wound down but it looks like businesses in Scotland will still face substantial trading restrictions.

“This could be the final straw for many local operators, and decision-makers in Edinburgh and London must avoid this crunch point.

“We need to get urgent financial help to firms who took on workers in anticipation of greater freedoms but now can’t furlough these employees.”