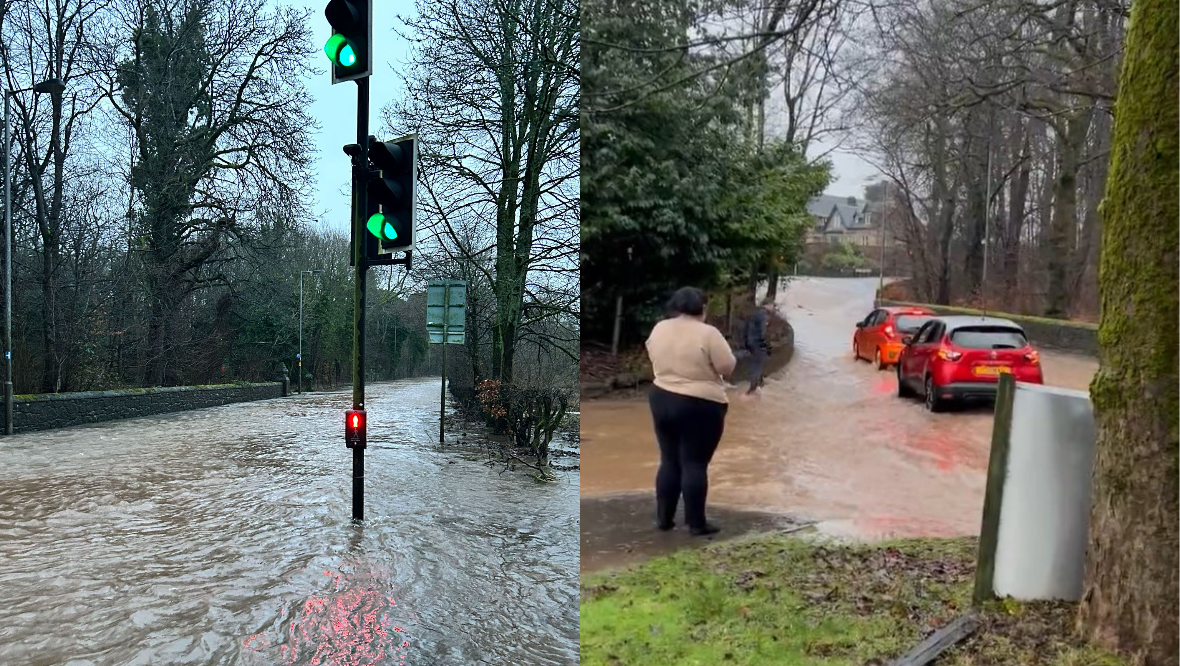 A rescue operation was under way and 100,000 properties in Glasgow and surrounding areas left without water after a pipeline burst on Tuesday.

Scottish Water operatives were at the junction of Auchenhowie Road and the A81 in Milngavie, where the 36-inch main is located, alongside police and the fire service from around 4pm.

The firm confirmed that supply to around 56,000 properties had been restored by 8pm, and the situation is expected to be resolved by 10pm on Tuesday.

The Scottish Fire and Rescue Service confirmed it was in attendance at a “water rescue incident”, with two fire engines and two water rescue resources dispatched.

Local tennis coach, Jamie Martin, said that five children who were at Milngavie tennis courts for coaching were evacuated by bus to the nearby Rangers training facility, so their parents could collect them.

He added that dozens of children at a nearby nursery were also evacuated to the training grounds.

“Auchenhowie Road is like a river,” the 24-year-old said. The courts are flooded and he is still trapped, hoping to drive out once water levels drop.

If the flooding continues, he will have no option but to wade to safety.

Scottish Water hopes to have isolated the burst soon and implement changes to the network to restore supplies later this evening. It will then carry out an emergency repair as quickly as possible.

A spokeswoman for the firm said: “This is a major burst which is impacting a lot of our customers and we want to reassure them we are working as quickly as possible to carry out this repair and restore supplies. We apologise to all customers affected for the inconvenience and disruption.”

“Any customers requiring additional support use this link to sign up as a Priority Services Customer or call our Customer Experience Centre 0800 0778 778.”

A spokesperson for the Scottish Fire and Rescue Service said: “We are currently in attendance alongside emergency service partners at a water rescue incident at a junction between Glasgow Road and Auchenhowie Road in Milngavie, Glasgow.

“Operations Control mobilised two fire appliances and two water rescue resources to the area after the alarm was raised at 3.53pm on Tuesday, January 24.”