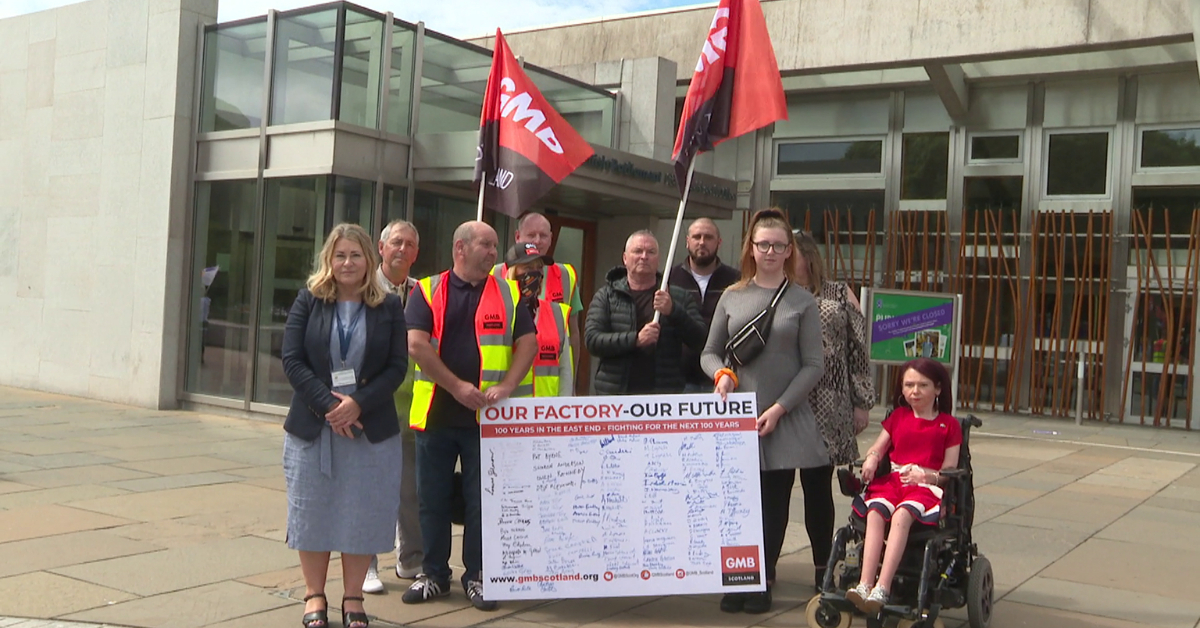 Staff members of a Glasgow biscuit factory set to close have protested outside the Scottish Parliament.

The McVitie’s site in Tollcross first opened in 1925 and has since become where Hobnobs and Rich Tea Biscuits have been made.

But on May 11, the owners, global snack company Pladis, announced plans to shut it down with almost 500 jobs at risk.

Workers delivered a petition with more than 75,000 signatures to Holyrood on Thursday morning, including to the First Minister.

Nicola Sturgeon said she was “100% behind” the dedicated Action Group co-chaired by economy secretary Kate Forbes and the leader of Glasgow City Council.

She said: “We will not give up. We will do everything we possibly can.

“The workers do not have to petition me and the Scottish Government, we are on their side and we will do everything we can to save their jobs.”

The Action Group met on Wednesday and confirmed that Pladis had been sent a series of proposals as an alternative to closing the factory down.

But unions said the business was refusing to engage with the first job loss expected by the end of the year.

“There are people in the supply chain, contractors and people who live in the local community. We do need some certainty and clarity on the level of public sector support available to save the jobs and save the factory.

“We need detail and we need an idea of what type of financial commitment the Scottish Government is willing to make.”

The finance minister said the government was considering the next possible steps in how affected staff can be supported.

Forbes said: “I would once again ask Pladis to engage directly with the Action Group to explore opportunities to secure a future for the site.”

The group is due to meet again in July.

Pladis has not responded to a STV News request for comment on the Action Group’s latest meeting or the protest outside Holyrood.

Previously, a spokesperson for the Turkish-owned company said: “In recent weeks we have been frequently engaging with our trade union representatives and the Action Group co-chaired by cabinet secretary Kate Forbes and councillor Susan Aitken.

“We remain committed to meaningful consultation with our employees and their representatives.”